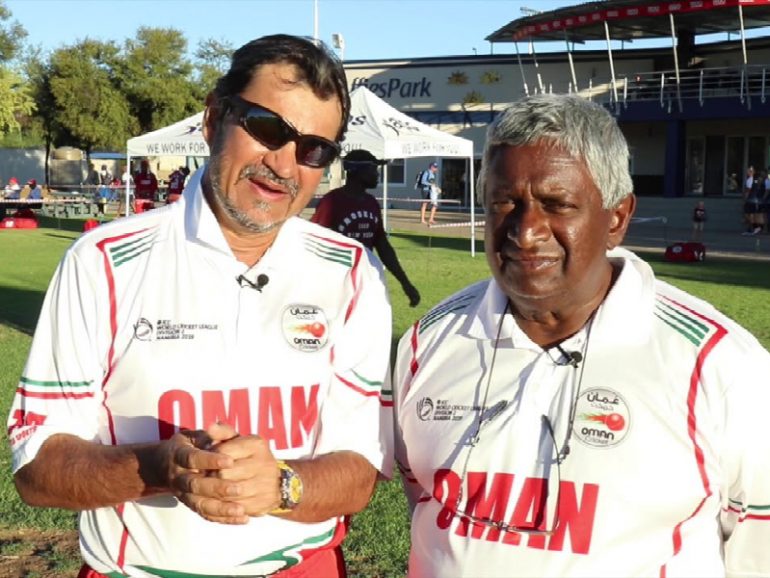 Jubilation filled the air in Oman after the Indian cricket board chief Sourav Ganguly announced on Monday that the 2021 ICC T20 World Cup, which was scheduled to be hosted in India, has been shifted to the United Arab Emirates (UAE) with Oman set to co-host the tournament.

Muscat Daily had earlier reported that the T20 World Cup was all set to be shifted to the UAE with preliminary round games to be staged in Oman.

Oman Cricket (OC) chairman Pankaj Khimji was ecstatic on hearing the news that Oman will be one of the venues and called it ‘a turning point in Oman’s cricket history’.

In his remarks to Muscat Daily, Pankaj said, “ I’ve heard from the BCCI and ICC officials that Oman will be the venue. However, we are still awaiting the official letter.

“I’m delighted and overwhelmed by the decision taken by the BCCI (Board of Control for Cricket in India) and the ICC (International Cricket Council) to make Oman as one of the venues for the T20 World Cup. It is a turning point in Oman’s cricket history.

“It can’t get brighter than this. We must roll out the red carpet for the entire world to take notice of Oman and its glorious culture and heritage. It is a great opportunity to showcase Oman to the world.”

The BCCI said on Monday that it had informed the ICC, the sport’s world body, of its decision to host the event in the UAE in October and November.

BCCI president Ganguly was quoted in the Indian media on Monday saying that ‘the dates are still to be finalised but the qualifiers will be held in Oman while the main group matches will be played in the UAE’.

The BCCI will retain the hosting rights and it said that ‘the decision has been done in view of the COVID-19 situation in India’.

The ICC had given the BCCI a deadline of June 28 to decide the host country for T20’s showpiece event due to the high number of COVID-19 cases in India. The BCCI had already moved the suspended Indian Premier League (IPL) to the UAE in September-October after the T20 tournament was halted on May 4 due to a number of players and team officials being infected with COVID-19.

In his remarks to Muscat Daily on Monday, Madhu Jesrani, OC’s secretary said, “This is the biggest, biggest day in Oman’s cricket. To be the host of the T20 World Cup for the first time is a real honour.

Hosting a World Cup is one of the greatest achievements for us. We feel proud of being awarded the chance to co-host.

“It is a big opportunity for Oman Cricket, players, fans and our well-wishers. The announcement is like a dream, even more than a dream. I had to pinch myself to believe that we will host the T20 World Cup. This will put Oman in the spotlight across the world.”

Jesrani, who is also the team manager, said his players will have an ‘added motivation to play at home’ and it would be a double delight with Oman hosting and taking part in the event.

“All this has been possible due to the untiring efforts of our chairman, Pankaj. He is like a superman for us.

“The blessings of former Oman Cricket chairman Late Kanakbhai Khimji laid the foundation of our journey and it is great to see his son, Pankaj, the present president, carry forward that strong legacy.”

“OC would like to thank H H Sayyid Theyazin bin Haitham, Minister of Culture, Sports and Youth, sports ministry, other stakeholders and OC board for their support and belief in our capabilities. We hope to make Oman proud,” added Jesrani.

OC’s chief development officer Duleep Mendis, who is also the national team coach, said, “It is a great honour to co-host the T20 World Cup. Oman has made great strides in the past few years and the result is that BCCI and ICC have given us a chance to stage the T20 World Cup qualifiers of which our team is also a part of.

“My sincere thanks to OC board, in particular to Pankaj, Madhu [Jesrani], OC directors, who all worked hard to make this happen. We will put our best foot forward and make it a success. Oman will be the centre of attraction as the event will have interests from across the world. It is a great honour,” he added.

Mendis also remembered the yeoman services rendered by former OC chairman Late Kanakbhai and said that ‘we are now reaping the rewards of his vision and hard work’.

The venue, OC’s Amerat ground, has in the past hosted many international matches, be it the T20Is or even the ODIs. The ground had earlier this year received the nod to host a Test match by the ICC.  Since 2018 the venue has hosted nearly 90 international games, including the T20Is and the ODIs. These included ICC World Cricket League (WCL) Division Three, ICC CWC Challenge B, ACC Western Region T20Is and Quadrangular T20I series.

The T20 World Cup Qualifiers comprise eight teams from which four (top-two from each group) will qualify for the Super 12s. Besides Oman, the other seven teams are Bangladesh, Sri Lanka, Ireland, Netherlands, Scotland, Namibia and Papua New Guinea (PNG).

Oman is placed in Group A along with Sri Lanka, Ireland and PNG and would need two wins to hope to advance to the next round.

It may be recalled that the ICC had postponed the T20 World Cup originally scheduled to be held in Australia in 2020. India was handed the hosting rights in 2021 and Australia was chosen as host for the 2022 edition.