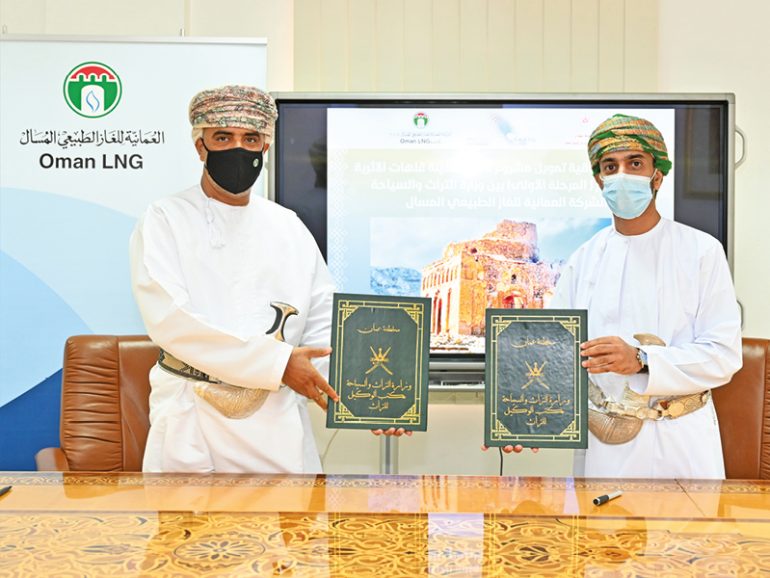 The Ministry of Heritage and Tourism (MHT) signed an agreement with Oman Liquefied Natural Gas (Oman LNG) on Monday to develop the Unesco World Heritage Site of Qalhat.

A statement issued by MHT said, ‘The ministry signed an agreement with Oman LNG to finance the first phase of a rehabilitation project of the ancient city of Qalhat in the wilayat of Sur. The project entails establishing management and preservation offices for the site, walking paths, signboards, viewing platforms and other basic facilities. The agreement is worth RO311,067.’

On the occasion, H E Kharousi said, “This funding represents a model for strengthening partnership between the heritage and cultural sector and the private sector to finance and support projects. It will help achieve economic and social sustainability, provide job opportunities, and benefit a large segment of the local community in the site’s neighbourhood, besides the wilayat of Sur and Governorate of South Sharqiyah at large.”

Qalhat was included in the Unesco World Heritage List in June 2018. Located on the eastern coast of the sultanate, approximately 20km north of Sur, the site includes the ancient city, demarcated by inner and outer walls, spread over 35 hectares, and a necropolis beyond its walls.

The city was an important port on the Sea of Oman east of the Arabian Coast allowing trade with the Persian Gulf and the Indian Ocean while functioning as a centre of trade with India and presenting a gateway between the east and west.

Qalhat flourished between the 11th and 16th centuries under the rule of the princes of Hormuz who exported horses, dates, incense and pearls. Following Portuguese attacks, Qalhat was abandoned in the 16th century and has since been preserved as an archaeological site. The remains and monuments at the site comprehensively represent a port city of the Kingdom of Hormuz, reflecting its legacy and architecture.