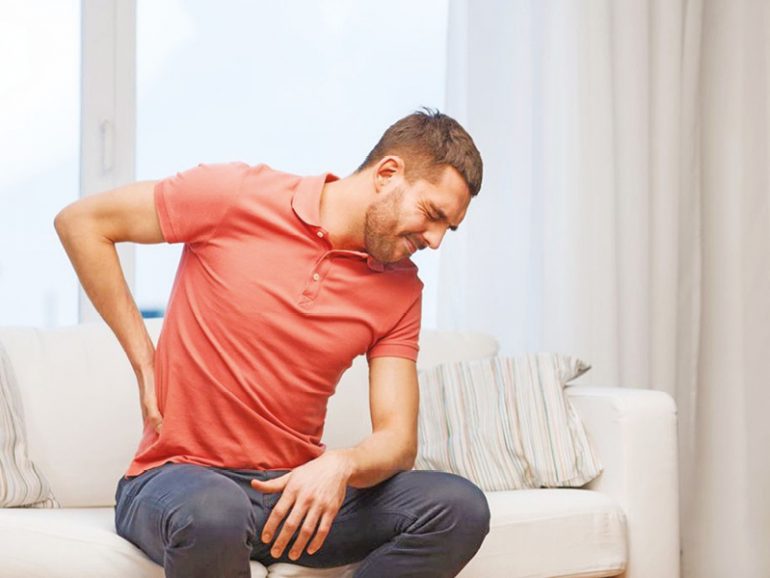 Are you suffering from hip pain for very long? Don’t delay your diagnosis, you could need a total replacement surgery. But the good news is that this is one of the most successful surgical procedures wherein the damaged bone and cartilage is removed and replaced with prosthetic components. “The decision to undergo a major surgical procedure like total hip replacement is very personal and is often individualised to suit the needs or physical demands of the patient,” says Dr Biswajit Dutta Baruah, consultant orthopaedic surgeon, KIMS Oman hospital.

Worldwide more than a million hips are replaced every year. A third of these are done in the USA. The number of hip replacements have risen by 37% in a decade as per reports from the National Health Services (NHS), UK. Increasing numbers have been largely insensitive to macroeconomic conditions. In 90% of the patients, the primary reason for undergoing hip replacement is osteoarthritis or wear and tear of the hip joint. Fracture of the neck of the femur (top portion of the thigh bone), avascular necrosis (disturbed blood supply), dysplasia (deformed hip sockets) and inflammatory arthritis (rheumatoid arthritis and other related conditions) make up for the rest.

Not all patients with arthritis of the hip joints are candidates for surgery. Only those with end-stage arthritis, where joint pain and stiffness is not responding to medical treatment require surgery. At times, activity modification, oral analgesics and physiotherapy can help overcome the pain and disability associated with hip arthritis. Steroid injections into the joint can help tide over severe inflammation. However, this must be discouraged within three months of a planned surgical replacement procedure.

On the other hand the other large group are patients with a fracture of the neck of the femur. A fracture that runs through the top portion of the thigh bone just below the ball that makes up the hip joint is common among elderly patients. If the patient was able to walk independently prior to the fall, mental capacity was intact, and is medically fit for surgery, then the patient is the right candidate for undergoing total hip replacement as per the National Institute for Health and Clinical Excellence (NICE), UK.

On the contrary, many surgeons are of the belief that in older patients above 65 years a bipolar hemiarthroplasty – where only the ball of the thigh bone (femur) is replaced – is sufficient to get the patients moving. In elderly patients who are limited to walking inside their homes, this may be appropriate.

With increasing life expectancy and no limitation in locomotor activities, like walking, running or playing recreational games like golf or tennis, most patients are unwilling to compromise with the reduced quality of life associated with either hip osteoarthritis or hemiarthroplasty. In such situations, the surgeon is justified in performing a total hip replacement.

Studies have shown that those who lead an active lifestyle prior to hip surgery have the best outcomes post hip replacement. A few surgeons may exercise caution in performing the surgery in the young and active, arguing that higher levels of activity may lead to early wear and tear of the hip implants bringing forward the date of revision surgery. However, with modern joint replacement implants that come with durable bearing (articulating) surfaces that are resilient to long term wear and fix well to the bony surfaces, this argument doesn’t hold any water.

An increasing number of young patients with damaged joint surfaces undergo hip replacement surgeries particularly those with rheumatoid arthritis, ankylosing spondylitis or avascular necrosis of the femoral head. Dramatic gains in quality of life as seen in improvements in their locomotor abilities makes it a worthwhile exercise to undertake in this group of patients.

Hip joint is a ball and socket joint. The top end of the thigh bone forms the ball of the joint and the socket is a deep cavity in an area of the pelvic bone called the acetabulum. In hip replacement, the socket is prepared using mechanical devices and an artificial device made of metal or plastic is placed in the cavity.

On the thigh bone side, the ball is cut out and removed totally. In place of it, a metal device which is triangular in shape at the top and tubular towards the bottom is inserted into the thigh bone. On top of the stem, a smooth polished ball, made of metal or ceramic, is placed. This ballabuts onto the artificial cup making up the hip replacement in-toto. In hemi-replacements, the natural (native) socket and its cartilage surface is left intact and only the ball and the stem are placed into the thigh bone (femur).

Contrary to what many believe, cement is not a glue that affixes the devices to bone, but it is a filler (grout) and fixation is achieved by mechanical interlock rather than adhesion. Due to the excellent results reported by the various studies, it continues to remain an excellent choice for many surgeons and an equally valid choice for many patients. Cementless devices on the other hand are designed to be stable from the time of insertion and encourage bone to grow onto its surface, thus firming the stability over time. Once the device has stabilised it would allow normal transmission of mechanical forces across the joint.

To cement or not to

The interface between the ball and the socket is called the articulating or bearing surface. When Charnley popularised hip replacement in England, he introduced the metal ball against a polyethylene (poly for short) cup. Developments and refinements have also given us other valid options like a ceramic ball in a poly cup, metal ball in a metal cup, and a ceramic ball in a ceramic cup. In the majority of the cemented replacements, the cup is poly and is affixed to bone using bone cement. While in cementless replacements, a metal cup is affixed onto the natural acetabular cup and a poly or ceramic liner is placed inside the cup. Metal on metal bearing surfaces have taken a big hit after several studies reported high metal levels in blood and the formation of inflammatory masses around the hip joint leading to early revisions. However, there are several centers around the world where a specific type of replacement called hip resurfacing (metal on metal bearing surface) is still being performed, and in the hands of those surgeons, the results have been outstanding. This is a valid option in a small subset of patients, especially highly active young male patients.

In summary, modern technology can deliver high-performance hips to accommodate the high expectations of active patients. However, there is an economical cost to it and thereby it is not accessible universally. Recent studies are looking into whether generic replicas of implants whose patents have expired can help bring down the cost of hip replacement making it more affordable to all those who need it.