PTSD in the times of COVID-19 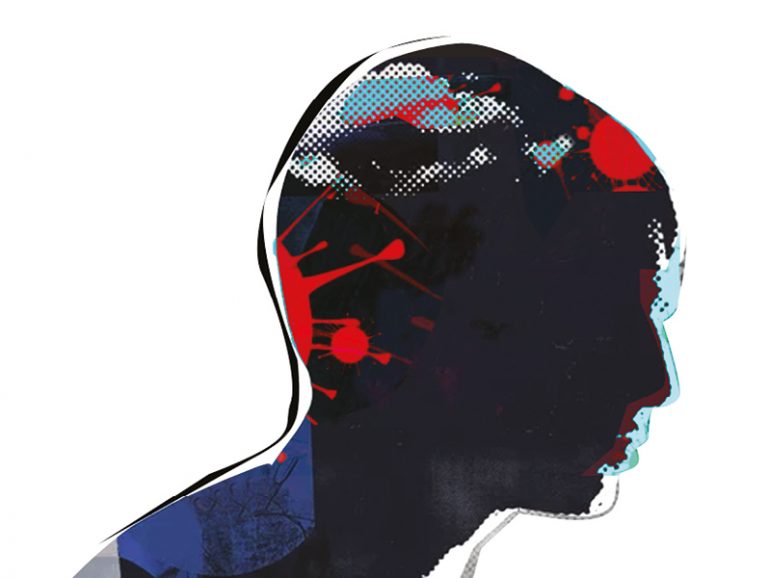 Awareness on Post-traumatic Stress Disorder has been rising, more so in the last year as a result of COVID-19

June was designated PTSD Awareness Month in the USA in 2014. In Oman, awareness on Post-traumatic Stress Disorder has been rising, more so in the last year as a result of COVID-19.

Thanks to Hollywood, most of us associate PTSD with military personnel who survived distressing trauma at war but continue reliving the experience. Now, COVID-19 victims are experiencing a similar set of negative emotions, flashbacks and nightmares.

H H Sayyida Basma al Said, mental health specialist and founder of Whispers of Serenity Clinic, noted that “PTSD wasn’t talked about much before” in Oman but with COVID-19, it has become more relevant now. While she has been employing the therapy used in PTSD treatment in her clinic, she decided to study it further and recently train-ed in Harvard University. “Especially with COVID-19, I needed more tools to work with it.”

Describing the pandemic and its impact, psychotherapist Nutaila al Kharusi of Al Harub Medical Center, said, “Just over a year ago, everyone’s world was upended by COVID-19.”

All three Muscat-based mental health professionals rue the fact that there are no published reports on the disorder in the sultanate. “Currently there are no systems for recording and reporting prevalence of mental illness, in general, and I have not come across any studies focusing on PTSD in Oman,” Dr Sinawi said.

“I would say not many people are aware of the condition, especially considering the fact that symptoms can mimic other types of mental illnesses such as anxiety and depression,” he said with reference to the level of awareness on PTSD in the country.

Defining PTSD, Dr Sinawi said it’s a psychiatric disorder that may occur in individuals who have experienced or witnessed a traumatic event such as a natural disaster, a serious accident, war,  been sexually abused or threatened with death, violence or serious injury. In most cases the symptoms follow the traumatic event within days, weeks or months but in some people it can happen years after the event.

Further simplifying the condition in layman’s terms, H H Sayyida Basma said, “It’s something very traumatic that happened to the person in the past which is hard for them to get over.”

H H Sayyida Basma doesn’t attribute any gender specifications to PTSD. It affects both men and women in “nearly the same way”. Men don’t deal with it any better; it depends on the intensity of the trauma, the psyche of the person, their mental stability and their environment, she observed.

Citing studies conducted in the USA, however, Dr Sinawi said women are twice as likely to develop PTSD. This, owing to the fact that women are more likely to be exposed to specific stressful life events such as rape and domestic violence that can eventually lead to developing PTSD.

Additionally, several communities have traditional gender roles where men have more social power than women leading to emotional vulnerability. Women also deal with stressful situations differently, tending to depend on support from friends and family members to overcome stressful situations. “So if their social network does not give the support they need, they are more likely to feel rejected and abandoned,” Dr Sinawi said.

He considers expatriates at a higher risk of developing PTSD since individuals with the condition often rely on social support to overcome their symptoms of distress. “Many expats have no family in Oman. Some need to be at work for longer hours, leaving them less time to process their feelings and deal with the trauma that caused the PTSD symptoms in the first place.”

According to Nutaila, most people who have experienced traumatic events have difficulty adjusting and coping with it, which is natural. However, if the symptoms of PTSD, such as flashbacks, nightmares, anxiety, depression, dissociation (out of body experience), and intrusive/uncontrollable thoughts persist for an extended period of time and impact the individual’s daily functioning, then they should seek professional help.

Elaborating on the symptoms, the manifestation of which is indicative of the need for help, H H Sayyida Basma said, “Not being able to eat well, sleep well, or function in daily life, being scared of leaving home, scared of certain people who look a certain way, certain colours… If the traumatic event was an accident, the individual may develop a fear for cars or certain locations. It depends on the event that happened.

“In some cases, the individual may not remember the event, because it was so traumatic, until they go to the therapist and it’s all put together. It’s a lot of fear, stress, uncertainty and difficulty in functioning. There’s fear of something that’s not there. It happened in the past, but there’s fear that it might recur. These would be the key symptoms of PTSD.”

The normal course of treatment for PTSD, Nutaila outlined, is confronting the painful memories and desensitising the individual to the traumatic event. The person must process the trauma which then reduces emotional reactivity to triggers of the event.

If left untreated, the individual may try to avoid being reminded of the traumatic event, go out of his/her way to avoid certain people or places that remind them of the experience. Some may also engage in distraction techniques to avoid experiencing the difficult emotions that arise from remembering the trauma. “However, this may give the person short-term temporary relief. Over time, it is not conducive to our health, leading the person to be isolated and withdraw,” Nutaila explained.

“When we deny or try to avoid uncomfortable emotions, they bury deep within us. Left without any channel for expression, they fester until they eventually express themselves in destructive ways such as lashing out or inflicting pain on others and ourselves, or growing an ulcer or even worse.”

The inability to lead a normal life can result from being “paralysed mentally, even psychically sometimes”, H H Sayyida Basma added. “Some people start doing weird things with their body; they start scratching continuously. Self-harm and substance abuse, too, are serious outcome of PTSD if left untreated.”

Asked if people readily seek help for their mental health, she spoke from her experience of 21 years. “They do. They just need to trust the person. When we talk about mental health, it’s something very personal. All over the world, some stigma will always be there.”

In Dr Sinawi’s observation, PTSD – like other forms of mental illness – is often stigmatised in Oman and many other countries. “What makes PTSD more stigmatised compared to other types of mental illnesses is the fact that it often follows a stressful event that an individual is unable to cope with, so those around him may think he is weak or has less religious faith which makes him hide his symptoms or avoid seeking help.”

The COVID-19 pandemic, however, has brought on a significant change to attitudes, raising overall awareness and compassion for mental health issues.