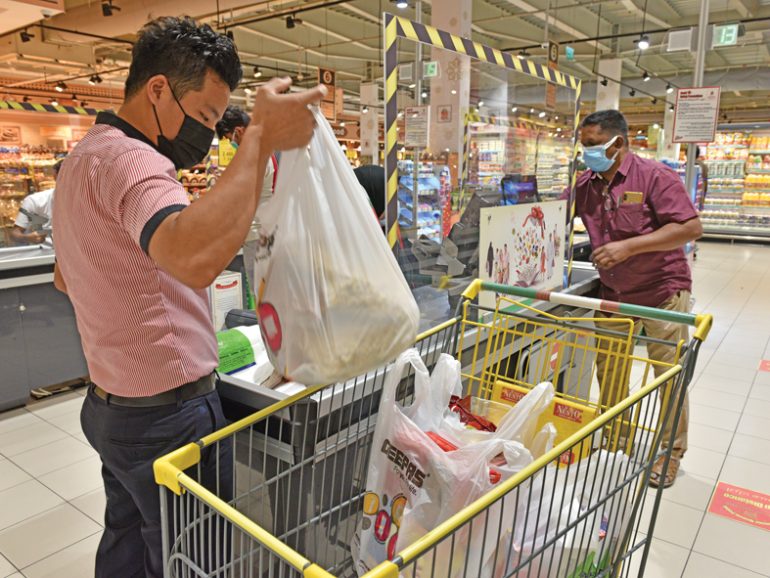 Oman’s inflation rate – which returned to positive territory in April after remaining negative for more than a year – slightly increased in May as consumer prices rose after a surge in global prices of many commodities and implementation of value-added tax in the sultanate.

Annual inflation rate, which is based on consumer price index (CPI), increased to 1.65 per cent in May 2021 from 1.59 per cent recorded in the previous month, according to CPI data released by the National Centre for Statistics and Information (NCSI).

Consumer prices in May remained 0.24 per cent higher compared to April, the data showed.

A moderate increase in Oman’s inflation rate was expected after the implementation of VAT in April. Sharp price increases for transport group, non-alcoholic beverages and tobacco products contributed to the overall inflation in May.

However, the sultanate’s 5 per cent VAT rate is among the lowest internationally and most essentials and daily-need items are either zero-rated or exempted from the new tax.

The inflation rate in food and non-alcoholic beverages group, which has nearly 24 per cent weight in Oman’s CPI, still remained in negative territory at -0.11 per cent in May compared to the same month a year ago.

Within the food items, prices of fruits and vegetables in May dropped by 7.36 per cent and 2.61 per cent on year-on-year basis, respectively.

On the other hand, prices in the transport group jumped by 7.07 per cent in May compared to the same month a year ago. Furnishing, household equipment and household maintenance group witnessed an year-on-year price increase of 1.33 per cent in May.

Prices in the group of housing, water, electricity, gas and other fuel items remained stable in May compared to the same month of 2020.

The sultanate’s annual inflation averaged under 1 per cent over the six years to 2019 and was negative during the year 2020.

However, on the back of the 5 per cent VAT and rising commodities prices globally, Oman’s average inflation rate is expected to rise above 3 per cent this year.

As per the International Monetary Fund’s forecasts, Oman’s annual average inflation is expected to rise to 3.8 per cent in 2021, mainly due to the implementation of VAT and increase in global prices.

Similarly, the World Bank in its latest economic outlook for Oman said the inflation is projected to pick up to 3 per cent in 2021, reflecting the recovery of domestic demand and the introduction of VAT.

Inflation is currently surging worldwide, making markets nervous that it could derail a post-pandemic economic recovery by putting pressure on central banks to consider pulling stimulus measures sooner than planned. The consumer price index in the US hit 5 per cent in May, the highest rate in 13 years.

The central bankers, according to an AFP report, say the global inflationary pressure is temporary and due to the low base of comparison to a big drop in prices during the first year of the pandemic in 2020.

Oil prices have returned the pre-pandemic levels while the economic recoveries in the US and China have led to growing demand in commodities, the report said.

“The rise in inflation so far has largely reflected a combination of a rebound in commodity prices and what we have termed ‘reopening’ inflation – that is to say, a rebound in prices caused by the unwinding of pandemic-era distortions,” Neil Shearing, analyst at Capital Economics, told AFP.