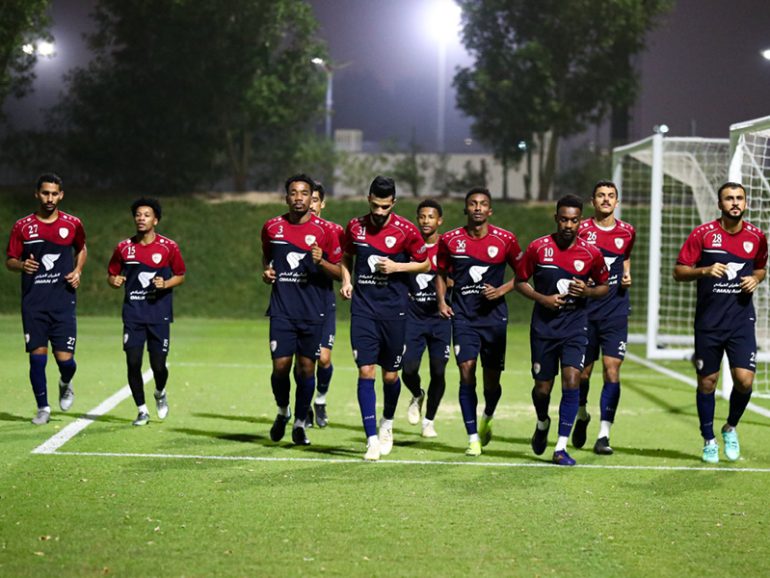 The gulf in rankings between the two nations – Oman and Somalia – is huge and as far as the distance between the two countries. Oman are ranked 80th in FIFA world ranking while African minnows, Somalia, are placed 197th in the world.

So when the two teams meet each other at the Jassim Bin Hamad Stadium in Doha, Qatar, on Sunday in a FIFA Arab Cup 2021 qualifier, Oman start as firm favourites. The match kicks off at 9pm, Oman time.

The FIFA Arab Cup 2021 features 23 teams and 14 of the lower-ranked teams are playing the qualifiers, which got underway  on Saturday.

The qualifiers will conclude on June 25. Besides Oman and Somalia, the other 12 teams in the qualifiers are Lebanon, Djibouti,  Jordan, South Sudan, Bahrain, Kuwait, Mauritania, Yemen, Palestine, Comoros, Libya and Sudan.

In fact, Oman is the highest ranked team among the 14 teams in the qualifiers.

The seven winners will join hosts Qatar, Iraq, Tunisia, UAE, Syria, Morocco, Saudi Arabia, Egypt and Algeria in the main tournament that will be held from November 30-December 18.

This will be the first pan-Arab FIFA tournament, with the final set to be played on the same day the World Cup final will unfold one year later – December 18, Qatar’s National Day. The participating teams will also get to play at six World Cup venues.

A win for Branko Ivankovic’s Red Warriors on Sunday will take them to Group A where Qatar, Iraq and winner of Bahrain and Kuwait awaits them.

Speaking on the eve of the match, Ivankovic said, “We respect the Somalia team. They are not an easy team as I found out after watching their matches against Eritrea and Djibouti. Our aim is to win and we will go for it tomorrow.”

Oman have been in good form during the recently-concluded FIFA World Cup and Asian joint second round qualifiers, which concluded on June 15 at the Jassim Bin Hamad Stadium.

Oman qualified as one of the best five runners-up team for the final round of the World Cup Asian Qualifiers, which comprise 12 teams.

Buoyed by the recent performances, Oman are expected to have little difficulty against the east African side, who have not played an international match since 2019 but did play a friendly against Djibouti last week.

Somalia will see this match as a huge opportunity to showcase themselves on a big stage. The Ocean Stars’ hopes of qualifying for Qatar 2022 ended in the first round of African qualifying after defeat to Zimbabwe in September 2019. They have appeared in regional competitions such as the CECAFA Cup and featured at the Pan Arab Games in 1985.

Oman would be looking to continue their good run, having lost just one of the last seven matches under manager Ivankovic.

The Croatian may opt to give an opportunity to his young players who impressed when he fielded them during their 3-0 win  against Bangladesh in World Cup qualifier last week.

A victory will conclude a successful mission for Ivankovic’s Oman in Doha, which began on June 1 with a preparatory camp and then followed by  the World Cup Qualifiers.