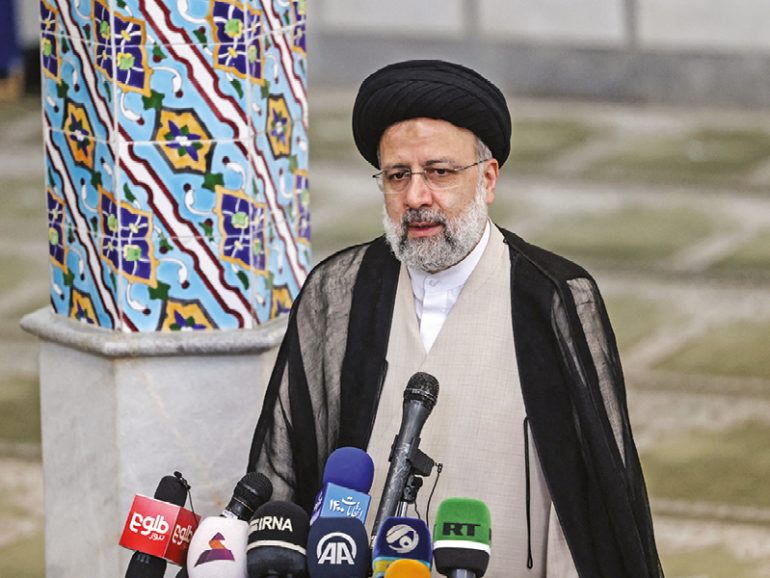 Ultraconservative cleric EbrahimRaisi was declared the winner on Saturday of Iran’s presidential election, a widely anticipated result after many political heavyweights were barred from running.

Raisi won 62 per cent of the vote with about 90 per cent of ballots counted from Friday’s election, poll officials said, without releasing turnout figures, after the three other candidates had conceded defeat.

“I congratulate the people on their choice,” said outgoing moderate President Hassan Rouhani, who has served the maximum of two consecutive four-year terms and leaves office in August.

Raisi (60) is set to take over at a critical time, as Iran seeks to salvage its tattered nuclear deal with major powers and free itself from punishing US sanctions that have driven a sharp economic downturn.

The head of the Iranian judiciary, whose black turban signifies direct descent from Islam’s Prophet Mohammed, Raisi is seen as close to the 81 year old Supreme Leader, Ayatollah Ali Khamenei, who has ultimate political power in Iran.

Friday’s voting was extended by two hours past the original midnight deadline amid fears of a low turnout of 50 per cent or less.

Many voters chose to stay away after the field of some 600 hopefuls including 40 women had been winnowed down to seven candidates, all men, excluding an ex-president and a former parliament speaker.

Three of the vetted candidates dropped out of the race two days before Friday’s vote.

Populist former president MahmoudAhmadinejad, one of those barred from running by the Guardian Council of clerics and jurists, said he would not vote, declaring in a video message: “I do not want to have a part in this sin.”