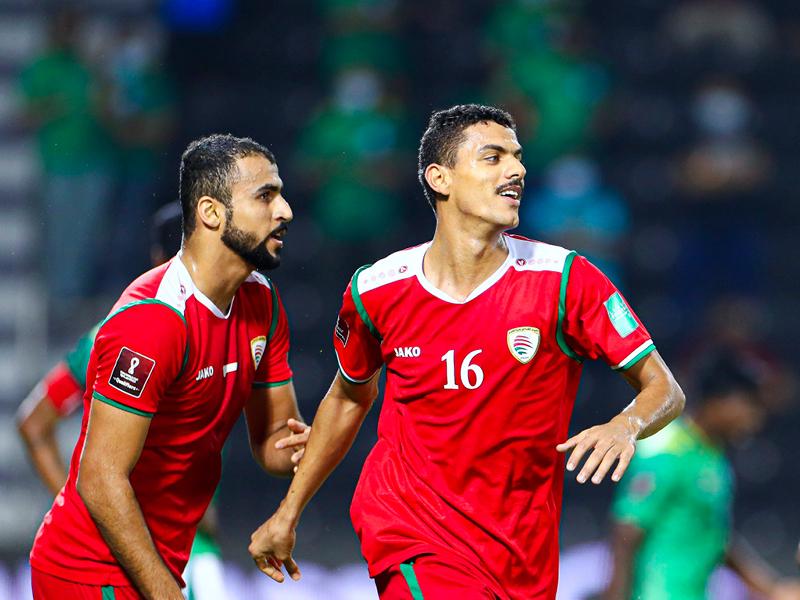 Achieving a target always gives a feeling of delight and pride. No wonder, Oman’s national team coach Branko Ivankovic of Croatia was all smiles on Tuesday night as he led Oman to an impressive 3-0  win over Bangladesh at the Jassim bin Hamad Stadium in Doha, Qatar, that sealed their spot in the final round of the 2022 FIFA World Cup Asian Qualifiers and a spot in the AFC 2023 Asian Cup finals.

This is the third time that Oman have reached the final round of the FIFA World Cup Asian Qualifiers. Oman sealed their return to the third round after missing out on the decisive stage on the road to Russia 2018.

It was way back during the Asian qualifying campaign for the 2002 FIFA World Cup that Oman had secured a spot in the final round for the first time under then Czech coach Milan Macala.

Ivankovic’s Red Warriors also made it to the Asian Cup finals for the fifth time and second time in a row.

Their best performance at the Asian Cup was under Late Pim Verbeek of the Netherlands in UAE, when Oman reached the round-of-16 for the first time.

On Tuesday, Oman secured their place in the final round of the Asian Qualifiers for the World Cup prior to their final group match against Bangladesh after India held Afghanistan 1-1.

Oman’s dominating win against Bangladesh helped them end with 18 points in their kitty and earn one of the best five runners-up spots available to the final round.

The impressive run of the Red Warriors saw them register back-to-back victories against Afghanistan (2-1) and Bangladesh after a narrow 0-1 loss to Qatar on June 7,  a match that was marred by poor refereeing decisions.

Speaking on Tuesday night after the win, a delighted Ivankovic said, “First of all I want to congratulate the players and all Omani people for the victory against Bangladesh and qualifying into the final round.

“The players performed well today and this brings a lot of satisfaction to us. Our main target was to advance to the next stage and this is what we achieved, by showing great determination and continuous efforts.”

Looking ahead, the Croatian tactician admitted that there will be tough matches in the final round of the Asian Qualifiers but the team will be well prepared.

“We know that we will be playing against the best teams in the final round and we will prepare the players well in order to get good results.

prepare well for the match.”

The attention will then shift to the draw for the Asian Qualifiers final round, which will be held on July 1, when Asia’s top-12 contenders will be drawn into two groups of six teams each.

The sides will battle against each other from September 2- March 29, 2022 with the top two in each group qualifying for Qatar 2022, while the two third-placed teams will advance to the fourth round playoff.

Oman’s in-form striker Khalid al Hajri hit a brace in Oman’s win against Bangladesh. Mohammed al Ghafri opened the scoring in the 23rd minute while Hajri’s double came with strikes in the 60th and 81st minutes.

Hajri had also orchestrated the first goal as he sent a through ball from Omar al Fazari to an advancing Ghafri, who hit the target from close range. The Red Warriors increased their lead when Hajri connected a pass from Fazari from inside the rival penalty box.

And the striker netted his second goal after combining well with substitutes, Abdulaziz al Miqbali and Zahir al Aghbari, as Oman signed off the second round with an dominating win.

Iran, Saudi Arabia, the UAE topped their respective groups to ease into the final phase of Asian qualifying on Tuesday.

On a frantic day of action across Asia, with 14 matches  played, Iraq, China, Vietnam and Lebanon joined Oman after finishing among the five best second-placed teams.

Syria, Japan, South Korea and Australia had already clinched their spots. Qatar, who topped Group E, will not play in the final phase as they qualify automatically as hosts.

On Tuesday, Iran pipped Iraq 1-0 in Bahrain to top Group C while the UAE edged Vietnam 3-2 in their final Group G match in Dubai. China’s also needed to win their last match and they did with a 3-1 victory over Syria.

Already-qualified Australia edged  Jordan 1-0 to record their eighth consecutive win in the second phase. Earlier, Japan confirmed their dominance in Group F with a 5-1 win over the Kyrgyz Republic in Suita, Japan.

In the other Group F match, Tajikistan beat Myanmar 4-0 in Osaka to seal second place.

(With inputs from AFC)

Following Oman’s qualification to the final round of the Asian Qualifiers for 2022 World Cup in Qatar and securing a spot in the Asian Cup finals in China 2023,

A statement from the Oman Football Association (OFA) said, “After the national team’s qualification into the Asian Cup finals in China 2023 and advancing to the final stage of the 2022 FIFA World Cup Qualifiers, H H Sayyid Theyazin bin Haitham al Said, Minister of Culture, Sports and Youth, congratulated the team and has announced a financial reward to the team players and the technical and administrative staff.”