Al Faisal confident of a good outing at Spa 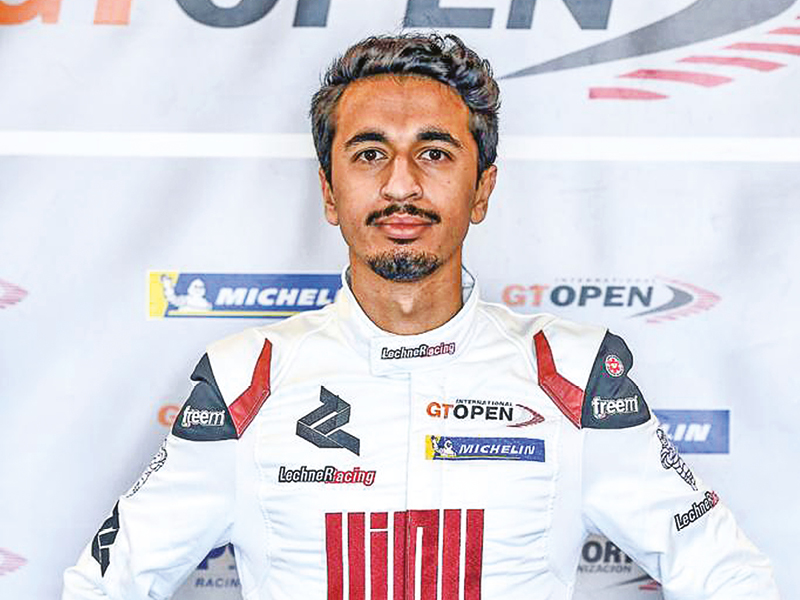 Lechner Racing team to compete in second round of 2021 GT

It has been a month since Al Faisal al Zubair of Oman and his teammate, Andy Soucek of Spain, made a memorable start to their campaign in the 2021 International GT Open Series at Circuit Paul Ricard in France.

The Lechner Racing duo surprised their much-experienced rivals in the double-leg opener by clinching a podium (third place) in race two of the opening round on May 16 after finishing fourth in the first race a day earlier.

Racing in a Porsche GT3-R, the 23 year old Al Faisal was satisfied with the opening round performance and is now looking ahead to better that display in the second round of the seven-leg series, which will be held at the Spa-Francorchamps circuit in Belgium from June 18-20.

Ahead of the second round, Al Faisal said, “It was a great experience at Paul Ricard the first round of my debut championship series. The results, myself and Andy have achieved, in the opening round have given us the confidence to aim for better results in the series ahead.”

The former double Porsche Middle East Challenge Series champion admitted that ‘the GT Open is one of the toughest championships in endurance racing with the world’s leading teams competing in it’.

Backed by Oman-based Al Manar Financial Investments, Al Faisal said that their ‘team is now looking to capitalise on their good start to the series’.

“Our goal is to aim for more championship points and be as consistent as possible,” he said.

The pair has garnered 18 points after the first two races and is placed third in the championship standings, just three points behind the leaders – Frederick Schandorff-Michele Beretta of Vincenzo Sospiri Racing. Team Lazarus Bentley pair of Jordan Pepper and Ivan Peklin is second, also with 21 points.

“This is our debut campaign and we are not pushing for lofty targets but we will attempt to take each round as it comes. The plan is to give our best and pick up as many points possible in each round. We have a long championship ahead and getting on more podiums will be the key to our campaign,” said Al Faisal.

The Omani driver expressed optimism on an improved display at Spa as he has competed at the circuit quite a few times in the past. Al Faisal has sweet memories of his participation in the Porsche Mobil 1 Super Cup from 2017-2019 and believes that the track time spent in the past will give him a bit of comfort.

Al Faisal said that ‘finishing on the podium at Circuit Paul Ricard on debut was a great feeling’ and feels that the start to their campaign has been great along with the Spanish former Formula 2 champion Soucek.

“To achieve the results in Pro class with a new endurance series team of Lechner Racing was really special,” he added and hoped that they would give many more reasons to celebrate in the series ahead.