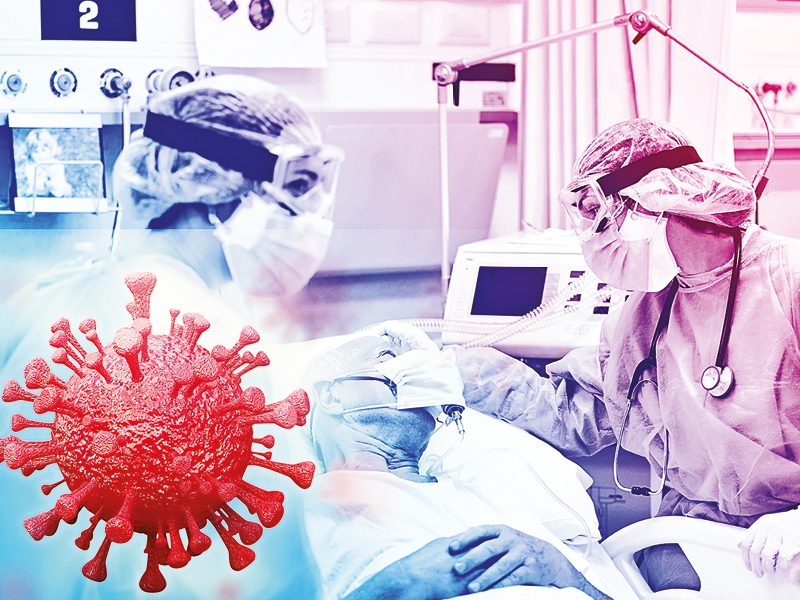 COVID-19 numbers rose to a record high as the Ministry of Health (MoH) reported 2,126 new cases and 33 deaths on Tuesday. The daily infection count was second only to July 13, 2020, when 2,164 cases were reported, while Tuesday’s death toll is the highest in a single day.

With these figures, the total number of cases registered in the sultanate has now reached 238,566, including 2,565 deaths. ‘The total number of recoveries is 212,064, taking the recovery rate down to 89 per cent,’ an MoH statement said.

Hospitalisations are also increasing every day, with 164 COVID-19 patients being admitted in a 24-hour period on Tuesday across the country, taking the total number of inpatients to 1,247, including 374 in intensive care units, the MoH statement said.

The ministry called on all citizens and residents to continue cleaning hands with soap and water, avoid touching the face, nose, mouth and eyes, follow healthy habits when sneezing and coughing, besides following the instructions for social and physical distancing issued by the Supreme Committee and MoH.

Badr bin Saif al Rawahi, director of the Department of Infectious Diseases Control at MoH, reiterated in a TV interview recently that the ministry only procures vaccines which have proved safe.

Three expats have been arrested for forging PCR test certificates, according to Royal Oman Police (ROP).

A statement issued by ROP said, ‘Muscat Governorate Police Command, in cooperation with the Directorate General of Airport Security, arrested three expats for fake PCR test certificates. Legal action has been taken against the perpetrators.’