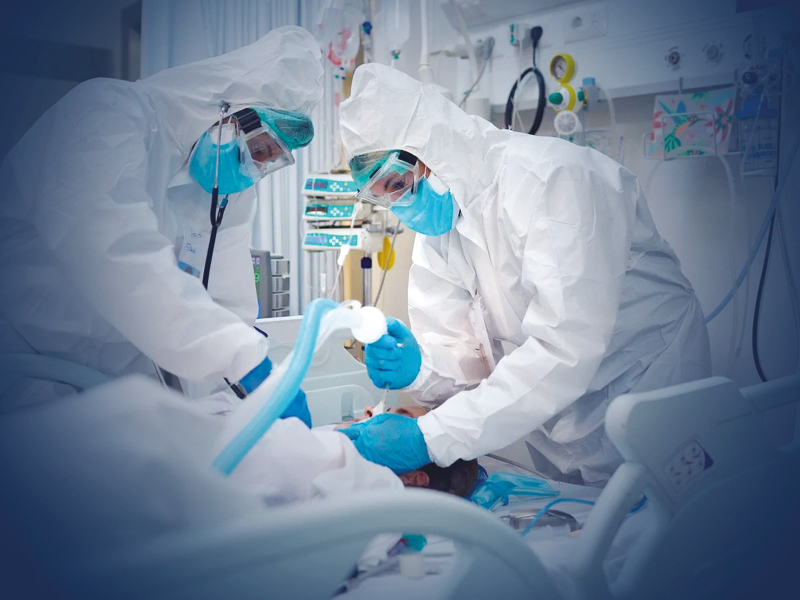 Over 90% bed occupancy in   field hospital despite increased capacity

The COVID-19 field hospital in Seeb is reeling under pressure with a rush of new cases now appearing in a more critical condition than earlier. Patients under the age of 60 form the majority of inpatients.

The hospital currently has a number of patients with very low oxygen saturation or apparent failure of respiratory system. “These symptoms are now appearing in the first week of infection, while earlier such symptoms appeared in the second week, confirming the virulence of the virus,” said Dr Nabil al Lawati, director of the hospital.

According to Dr Lawati, there is a very small percentage of patients who were infected despite two doses of vaccine.

“In those who received one dose, the symptoms are less severe than those who did not receive even a single dose of the vaccine,” he said, stressing on the importance of getting the jab but also adhering to precautionary measures.

Due to the spike in cases, the hospital has added 50 beds. “The hospital’s capacity has been increased to 150 beds since May 25. We have sufficient medical equipment, but there is a shortage of healthcare staff. If we have more staff, we will raise capacity to 200 beds.”

Despite increased capacity, bed occupancy is over 90 per cent with 124 patients currently admitted.  “The hospital continues to receive more than 24 cases on a daily basis.”

He noted that the longer stay of patients in the hospital is significantly affecting the reception of new cases, even as the High Accreditation Department is full to capacity.