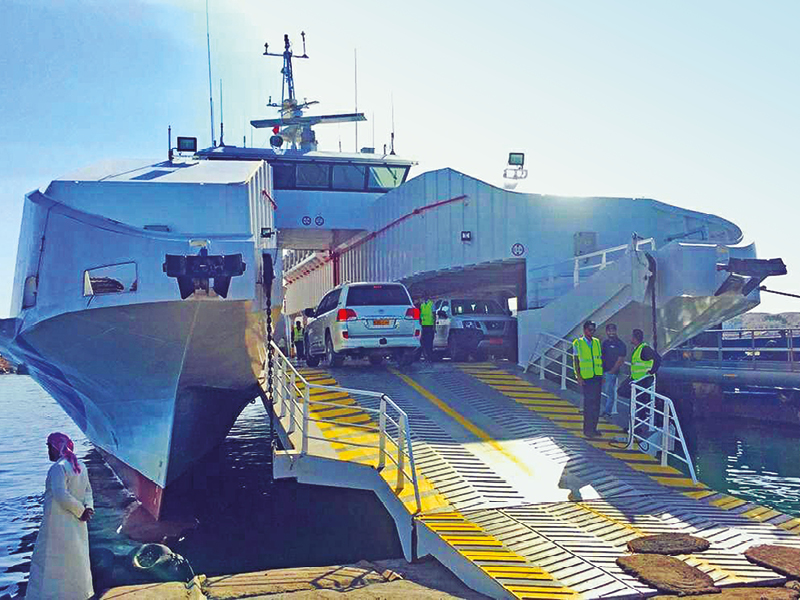 Mwasalat Ferries service between Masirah Island and Shannah Port has contributed greatly to facilitating the movement of passengers between the island and the mainland, and enhancing economic activities and services.

It has also made continuous efforts to transport passengers, cargo and vehicles to and from Masirah Island. It has transported more than 210,000 passengers and 65,000 vehicles and trucks through which more than 9,100 tonnes of cargo were  transported since the beginning of the COVID-19 pandemic until the end of the first quarter of 2021.

‘Despite the challenges posed by the pandemic to public transport services in the sultanate, Mwasalat was keen to sustain its operations on the Shannah-Masirah route, and operate more than 2,800 trips, while emphasising the provision of its services under a safe and healthy environment by implementing a number of preventive and precautionary measures, including compliance with the restrictions set by the concerned authorities to confront the pandemic,’ Mwasalat said.

Ferries services were also characterised to meet the needs of the island’s residents by responding to various circumstances and challenges, by reducing the capacity of each trip up to 50 per cent in a way that ensures social distancing between passengers and reducing movement inside the cabin during trips, in addition to implement a number of precautionary measures, including temperature check for all passengers, sterilisation measures in the cabin before and after each trip, in addition to setting trip departure dates according to the needs of people and vital sectors on the island.

‘This growing demand for the ferries service to Masirah reflects the effectiveness and efficiency of the ferry fleet, and its achievement of many social, tourism and economic roles, by providing multiple, simplified and new travel options for travellers according to the highest standards of safety and hospitality, and marketing them on all media platforms, believing that success is linked to customer satisfaction.’

In order to enhance its efforts to provide integrated public transport services for citizens, residents and tourists in the land and sea sectors, Mwasalat launched the Muscat-Shannah-Masirah route in April 2018 by using buses from Muscat to Shannah, then taking ferries to cross to Masirah Island, in addition to integration of customer service outlets for bus and ferry services in various governorates.

National Ferries Company started operating the Shannah-Masirah route in August 2014 using its new ferries JawharatMasirah and Shannah, which constituted a qualitative leap in the development of local maritime transport.