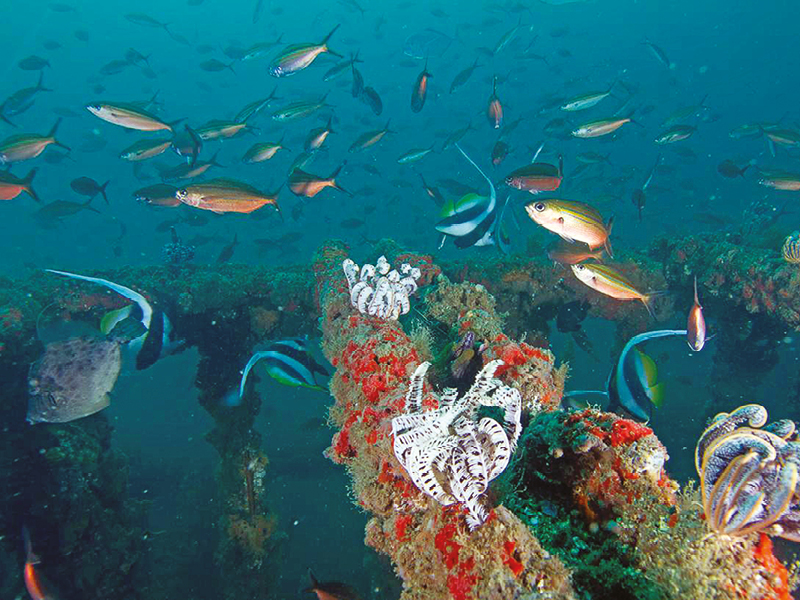 On the occasion, Dr Fatima al Kiyumi, director general of Fisheries Research in Ministry of Agriculture, Fisheries and Water Resources, said, “The sultanate approved the 2030 Sustainable Development Goals with countries of the world at the United Nations Summit in September 2015. Since then, it has become one of the member states to work actively to achieve these goals, including Goal No 14, and has incorporated them into the main pillars of Oman’s Ninth Five-year Development Plan.”

She added that Oman, due to its 3,165km coastline, has given great attention to what is known as the ‘Blue economy’. “The concept includes setting specific plans to preserve fisheries, ensuring sustainability of marine resources, and saving sea water from pollutants.”

With regard to enhancing fish stocks and biodiversity in the sultanate, Fatima explained that the ministry has implemented a project to establish artificial reefs in a number of wilayats, including Suwaiq and Sur. She informed  that the project implemented in Suwaiq is the largest marine farm of artificial reefs in the Middle East. It was inaugurated on December 12, 2019, and developed at a cost of RO2.65mn. “Spread on the ocean floor extending 20km in length and 7km in width, the artificial reef took two-and-a-half years to build. It included manufacturing 4,200 cement and 80 iron units.”

According to the UN, oceans cover more than 70 per cent of the planet. They supports humanity’s sustenance and that of every other organism on earth.

The ocean is the source of at least 50 per cent of the planet’s oxygen. It is home to most of earth’s biodiversity, and is the main source of protein for more than a billion people worldwide. Furthermore, the ocean is key to the world’s economy with an estimated 40mn people being employed by ocean-based industries by 2030.

‘With 90 per cent of big fish populations depleted, and 50 per cent of coral reefs destroyed, more is taken from the ocean than can be replenished. To protect and preserve the ocean and all it sustains, creating a new balance is needed, rooted in true understanding of the ocean and how humanity relates to it. A connection must be built with the ocean that is inclusive, innovative and informed by lessons from the past,’ stated a UN report.

Thus, the purpose of the day is to inform the public of the impact of human actions on the ocean, develop a worldwide movement of citizens for the ocean, and mobilise and unite the world’s population on a project for the sustainable management of the world’s oceans, said the UN on its website.