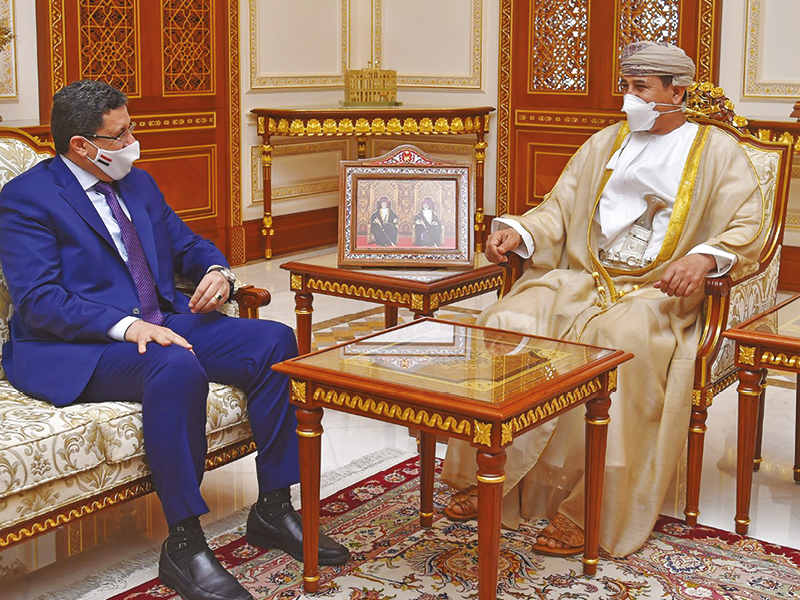 The meeting reviewed the fields of cooperation and means of promoting them to serve the common interests of the two countries.

It also touched upon several other matters, particularly the sultanate’s efforts to help resolve the Yemeni crisis by coordinating with all international parties concerned.

H E Dr Khalid Saleh, Ambassador of the Republic of Yemen to the sultanate, also attended the meeting.

Minister tours cityDr Mubarak on Monday visited the National Museum and the Grand Mosque, within the framework of his current official visit to the sultanate.

The Yemeni minister and his accompanying delegation toured the halls of the National Museum, which epitomise important aspects of the Omani cultural heritage.

The guests were briefed about the historic manuscripts in the museum and Omani and Islamic architectural designs of the Grand Mosque. They also toured facilities of the mosque, such as the Institute of Islamic Sciences, the library and the lecture hall.