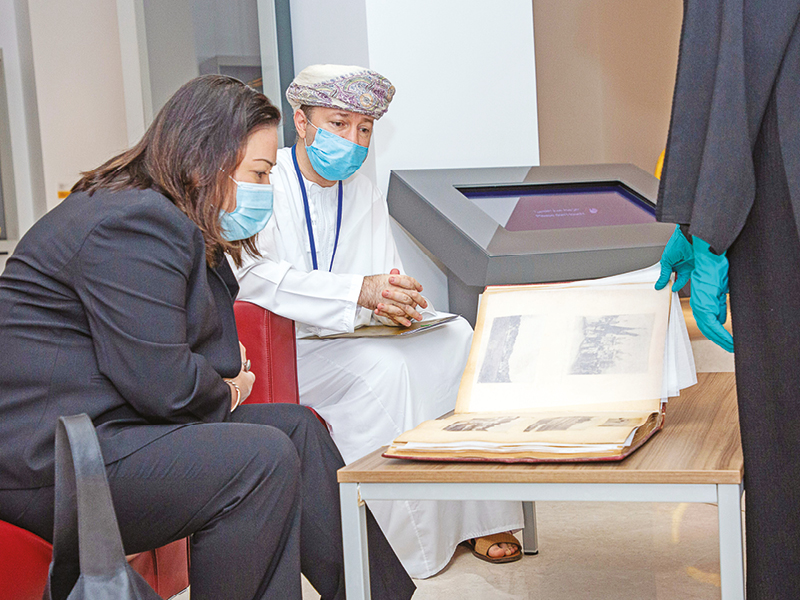 The National Museum has finished restoring a historic album of photographs of Oman, Iraq and India that Louis Maguire, United States Consul in Muscat, presented to Lt Col S B Miles, the British Political Agent in the Gulf, on September 6, 1885.

The photo album contains historically significant images, including the second-oldest known photograph of Muscat, photos from inside the US Consulate at the time, and the oldest known photo of Muttrah.

‘Not only important to Oman, but these significant photos also illustrate the long, historical ties between the United States and Oman,’ the National Museum stated.

The project named ‘Oman: Conservation of 19th-century Photographs in the Collection of the National Museum of Oman’ had got the coveted grant of the Bureau of Educational and Cultural Affairs (ECA) of the US Department of State under its Ambassadors Fund for Cultural Preservation (AFCP) for 2019.

The album dates back to 1885 and consists of 88 pages and 93 albumen print. The album contains approximately 65 photographs of Oman, nearly all taken in and around Muscat, including Muttrah. Many of the photos are attributed to Louis Maguire, with at least three photographs taken by S B Miles in 1885.

It’s worth mentioning that since 2001, the AFCP has supported more than 750 projects to preserve sites, objects, and forms of traditional cultural expression in over 120 countries.

‘The photo album showed an accentuated oxidation of both text block and bound and dust deposit. The improper storage conditions and the past water intake resulted in an accentuated planar distortion of pages, water stains, chromatic alterations and mechanical damage,’ the National Museum press release stated.

Mechanical damage like tears, losses and folds were localised on edges and angles.

‘The album was restored after painstaking work that included cleaning the cover with non-chemical vulcanised rubber sponges, mechanical removal of dirty deposits with a scalpel, and then cleaned with a hydroalcoholic solution.

‘The pages and photos were cleaned with soft brushes and a vinyl eraser, recto and verso, mechanical removal of dirty deposits.

‘The photos were restored by infilling losses through Japanese paper and consoled folds through Japanese tissue for both sides. The photo edges were reattached, and pictures went through a chromatic restoration of emulsion losses with watercolour.’