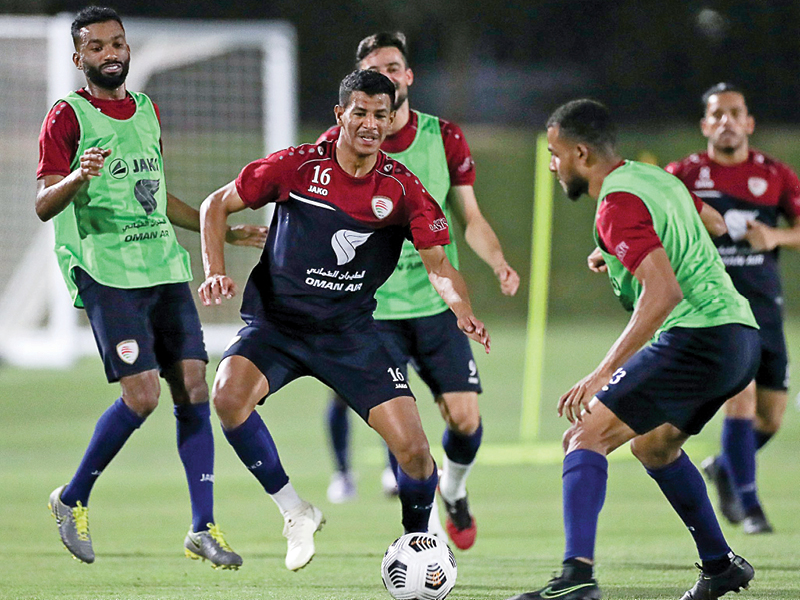 Nearly a year and a half after he took over as Oman football team coach, Croatia’s Branko Ivankovic will face his first real test when the Red Warriors meet hosts Qatar in a Group E second-round match of the joint 2022 FIFA World Cup and 2023 Asian Cup qualifiers on Monday.

Since his take over in January 2020, Ivankovic has led the national team to only four international friendlies and Monday’s match at the Jassim bin Hamad Stadium, will be the first competitive game for the experienced Croatian manager.

The 67 year old Ivankovic knows what it takes to lead a team to the World Cup, having led Iran to the 2006 World Cup in Germany.

He had also served as assistant manager to Miroslav Blazevic, who led Croatia to a third-place finish at the 1998 World Cup in France.

Ivankovic’s men are in the race for top spot in Group E with Qatar. The Asian Cup winners lead Group E with 19 points from seven matches with second-placed Oman seven adrift but with two games in hand – against Afghanistan (June 11) and Bangladesh (June 15).

Felix Sanchez’s Qatar stretched their lead at the top of the standings after defeating India 1-0 last week and a draw against Oman on Monday will seal top spot and confirm their place in the Asian Cup finals.

India and Bangladesh, meanwhile, will fight it out, also on Monday, in their bid to gain automatic places in the third round of qualifying for the 2023 Asian Cup.

Oman had earlier lost their Group E away game to Qatar 1-2 at the Al Janoub Stadium in Doha in October, 2019.

It was a closely-fought match with Oman, then coached by Dutchman Erwin Koeman, rallying from a second-minute goal to get the equaliser in the 63rd minute through Al Monther al Alawi before the hosts found the winner through Almoez Ali in the 71st minute.

Against Qatar on Monday, the team will be missing Oman’s most experienced player Ahmed Mubarak ‘Kano’in the line-up as the midfielder wasn’t picked by Ivankovic.

Oman will be relying on the strikeforce of Abdulaziz al Miqbali, Mohsin al Ghassani and Khalid al Hajri with captain Faiz al Rusheidi guarding the goal.

With a solid bench strength, Ivankovic has the wherewithal to tackle the might of their fancied opposition and will hope that his men pass the first major test under his guidance.

At a pre-match press meet in Doha on Sunday, Ivankovic said that ‘he was confident of a good show from his players.’

“We are facing the Asian Cup champions [Qatar] tomorrow. My boys are ready for the challenge. They will fight hard on the field for a good result,” said Ivankovic, who was flanked by captain Rusheidi at the press conference.

Qatar’s coach Feliz Sanchez said he ‘wasn’t overly concerned with his team’s inability to put away their chances against India last Thursday’ but agreed that his team couldn’t risk that again and will be wary against an Oman side who are bidding to steal top spot from them.

The Red Warriors are in a strong position to claim one of the qualifying spots for the best second-placed teams should they fail to leapfrog the reigning Asian Cup holders after the completion of their remaining two matches.

Oman will go into the match against Qatar high on confidence, having notched up wins over Thailand (1-0) and Indonesia (3-1) in recent friendlies in Dubai, UAE. Earlier in March, during a preparatory camp, also in Dubai, Oman drew both their friendlies against Jordan (0-0) and India (1-1).

Meanwhile in another game of the same group, it will be an all-South Asian affair as Bangladesh take on India with both sides vying to seal third place in Group E. Both teams are out of contention of qualifying for the next round of the World Cup qualifiers but still have a lot to play for in their remaining fixtures as a third-place finish will seal qualification to the third round of the Asian Cup qualifiers.