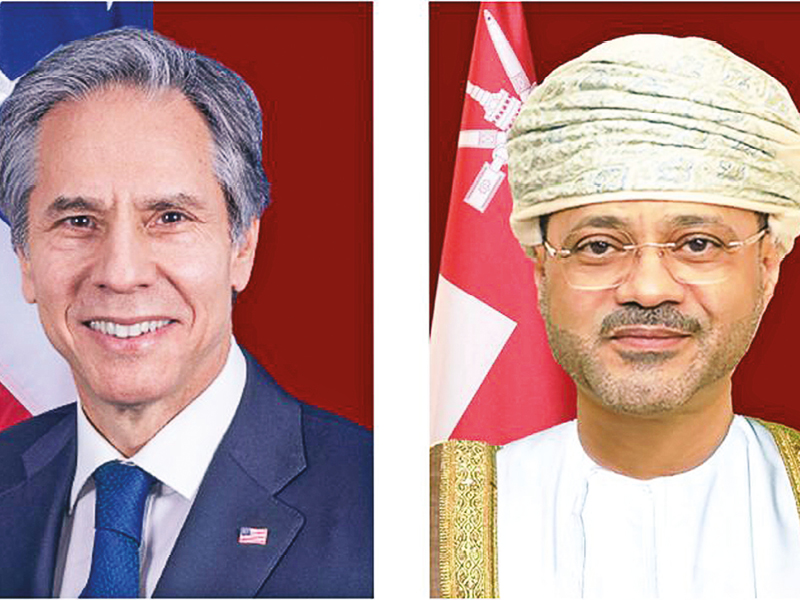 Oman’s commitment to the Palestinian cause was at the forefront last week with Dr Mohammad Shtayyeh, Prime Minister of the State of Palestine, and his accompanying delegation visiting Oman for three days.

Dr Shtayyeh and RiyadNajeeb al Maliki, Minister of Foreign Affairs and Expatriates of Palestine, left the sultanate on Thursday. However, the Palestinian issue was the main topic of discussion when Antony J Blinken, US Secretary of State, called H E SayyidBadr bin Hamad al Busaidi, Foreign Minister, on Friday.

“Spoke today with (H E) SayyidBadr al Busaidi, Omani Foreign Minister, on the importance of building regional peace, stability and prosperity, and ensuring that both Palestinians and Israelis can live in safety and security,” Blinken tweeted.

In a tweet H E SayyidBadr said, “We appreciate the efforts and active engagement of Secretary Blinken  for peace and security in the Middle East. We share a common commitment to resolving all regional issues for the benefit and prosperity of all.”

According to the US Department of State, ‘the Secretary and Foreign Minister discussed efforts to reduce risks of further conflict between Israel, Hamas and other parties in Gaza. Secretary Blinken also affirmed the US’ commitment to a two-state solution and underscored that Palestinians and Israelis equally deserve to live in safety and security and with dignity.’

In addition, both the leaders noted the importance of an immediate, comprehensive ceasefire to help bring the war in Yemen and the humanitarian suffering of the Yemeni people to an end.

H E SayyidBadr held a session of political talks with Maliki on Thursday. The session reviewed the bilateral relations between the two countries and means of promoting them. It also discussed the recent developments in Jerusalem and the occupied Palestinian territories.

H E SayyidBadr underscored the solidarity of the sultanate’s government and people with Palestine, reiterating Oman’s stance of support to the Palestinian cause in establishing an independent country with East Jerusalem as its capital, as per the two-state solution and relevant international resolutions.