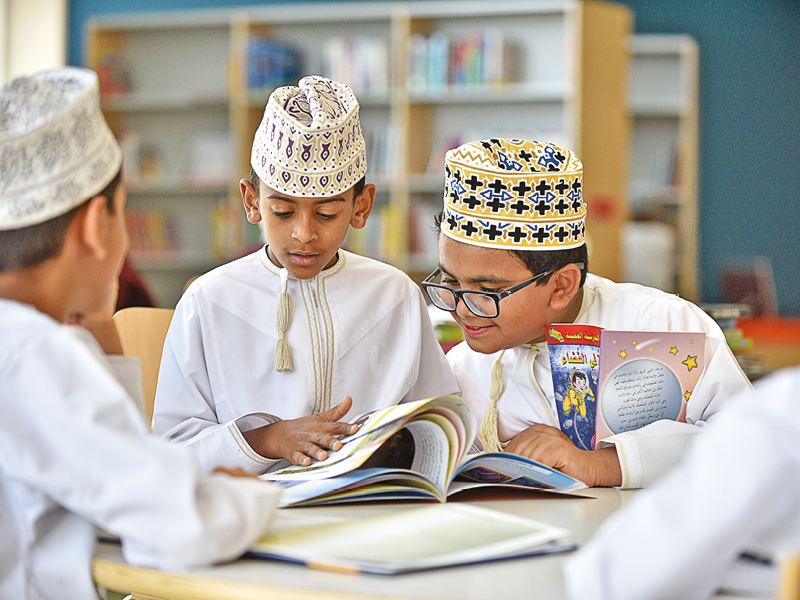 The number of Omani children under 18 years in the sultanate was 1,185,059 or 43 per cent of the total Omani population, according to data of an electronic census conducted in 2020.

The governorates of Muscat and North Batinah account for 39 per cent of the told children population, according to the National Centre for Statistics and Information (NCSI).

The number of children enrolled in pre-school education (kindergarten) was 37,939 in 2020, of which 71 per cent were in private schools and 29 per cent in public schools.

The data for the academic year 2020/2021 also indicated that the number of students enrolled in school education in public and private institutions was 695,771 male and female students. This number did not include kindergartens, international schools and schools of foreign communities.

The number of children with disabilities in Oman was 10,880 (one per cent of the total students), of which 58 percent were male. Hearing impairment was the most common disability among children – 2,601 – followed by physical disabilities (2,436).

Fourteen per cent of children under 13 years used at least one social media platform, with YouTube used by 76 per cent of the total, followed by WhatsApp (28 per cent), Instagram (14 per cent), and Snapchat (eight per cent).

According to the data, 11,062 children under the age of 18 owned land, of which 55 per cent were male. The governorates of Muscat and North Batinah accounted for the maximum number of children who owned land – 42 per cent.