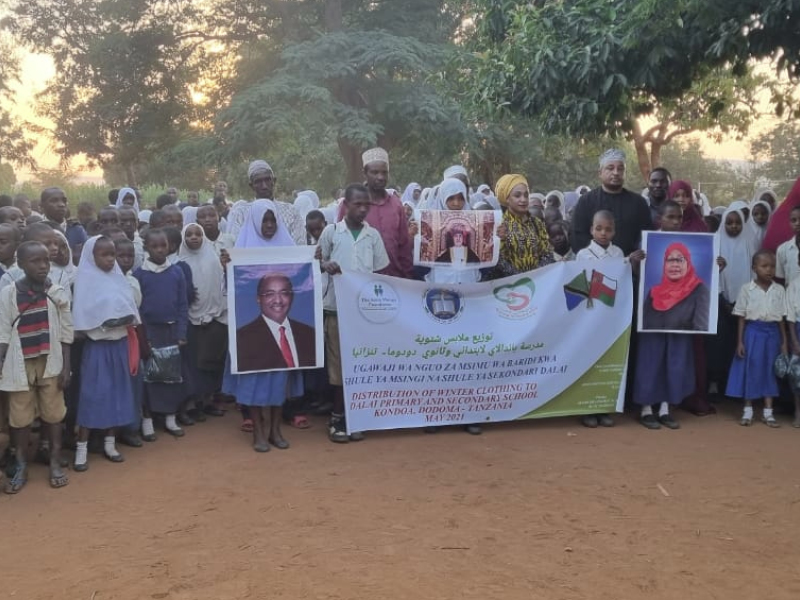 An Omani philanthropist has been instrumental in constructing five water wells in Tanzania during the holy month of Ramadan. With those, Naser al Jahdhamy has now donated 47 wells across several countries.

Jahdhamy has also been actively involved in providing food, clothes, including kfans (burial cloth) and medicines for the needy in a number of Eastern African countries as well as in Palestine and Yemen.

Jahdhamy said unlike past years, due to the pandemic, he could not travel to many places, but he shipped the donations.

Speaking from Tanzania, Jahdhamy said, “I could not visit Yemen. I shipped the donations in four containers (40ft each) that contained food, clothing and household items. Each container is meant to serve 500 Yemeni families. I also did the same for Zanzibar and sent wheelchairs, hospital items, Omani dishdashas, dates, Q’urans and kfans. The containers were given to Al Noor Charitable Trust in Zanzibar.”

In the past years, for his philanthropic activities Jahdhamy travelled to various places including Zanzibar in Tanzania, Mombasa in Kenya, Somalia, Palestine and Yemen.

“I always try to give back to society, as citizens of this world it is our moral duty to help our brethren. During the month of Ramadan we provided iftar meals and constructed five water wells, with more than 3,000 people benefitting from each.”

Jahdhamy said that during Ramadan he had plans to visit Syria but could not do so due to the pandemic. “The ambassador of Syria to Oman was co-operative and was willing to extend every possible assistance to me to visit the country on a special visa. However that processes would have taken more time. Instead, I decided to visit Tanzania.”

Jahdhamy said during the visit he also distributed over 1,000 winter clothes (sweaters) to Dalai primary and secondary schools in Tanzania on behalf of the donor, Indian School Ghubra.

There are also plans to distribute women’s hygiene products to 300 students in Zanzibar.

“We have also provided wheelchairs to help people during Hajj, in addition to other deserving people.”

While Jahdhamy was in Dar es Salaam he received a special telephone call. “President of Zanzibar, Dr Hussein Mwinyi called me and promised his support for our work. We promised the President to send a 40ft container before Eid al Adha consisting school items and clothes.”