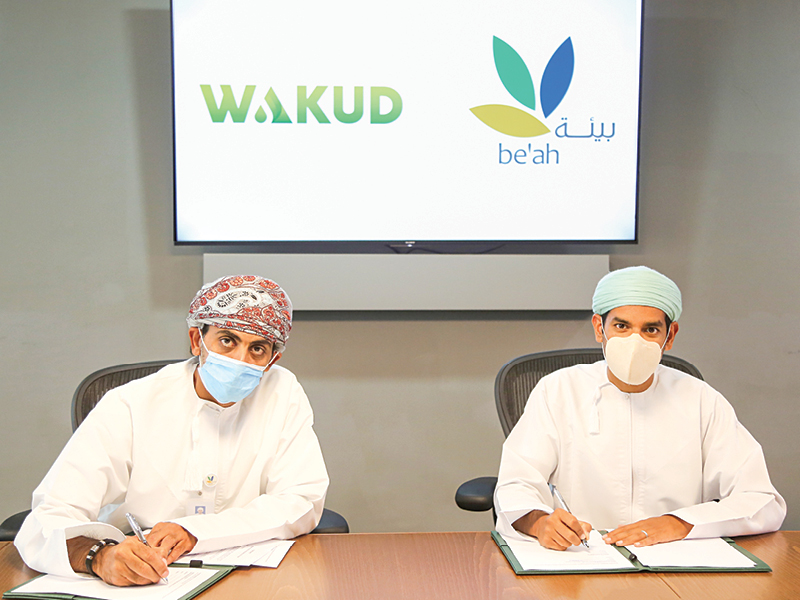 The Oman Environmental Services Holding Company (be’ah) on Wednesday entered into an agreement with Wakud to collect, store, and treat fishing net waste.

Kumayl bin Ahmed al Lawati, department head of Business Development at be’ah, and Talal Hasan, chairman of Wakud’s Board of Directors signed the agreement as part of their efforts to preserve the environment and sustain marine life.

Wakud was set up to catalyse the biofuel market in Oman.

“We are pleased with this cooperation with Wakud which is a continuation of the efforts made for the proper and safe disposal of hazardous and non-hazardous waste items in order to preserve the Omani environment,” Lawati said. “We aim to work jointly in reducing the impact of waste on the environment and the sustainability of its resources,” he added.

“Recycling fishing net waste will contribute to the sustainability of resources, and the extraction of materials of economic value to benefit from them by adopting the circular economy model. In addition to that, it will be diverted to the engineered landfills where be’ah will provide an area of 1,000sqm in the Duqm engineered landfill, in which Wakud will be storing the waste of fishing nets in partnership with various parties.”

Wakud’s Hasan said that the partnership with be’ah comes from “our firm belief in the importance of social responsibility and the constructive role it plays in preserving our environment, and the beautiful and picturesque beaches of the sultanate.”

“Wakud will collect fishing net waste from the coasts of Masirah and Duqm, then transfer it to the engineered landfill in Duqm in Al Wusta governorate, to collect and store sufficient quantities in the area allocated by be’ah and subsequently, it will be transported to North Batinah for cleaning and sorting prior to being shipped abroad for recycling and utilisation of their value.

“This comes within the framework of social responsibility for non-profit companies and in collaboration and partnership with the Environment Society of Oman and the Port of Sohar. The initiative will also provide additional income for collectors and Omani fishermen to motivate them to collect the fishing net waste from the coasts and contribute to the cleanliness and sustainability of Omani beaches.”

The Environment Society of Oman have removed an estimated 615 tonnes of abandoned fishing gear from Masirah Island in a series of dedicated net removal campaigns since 2017.