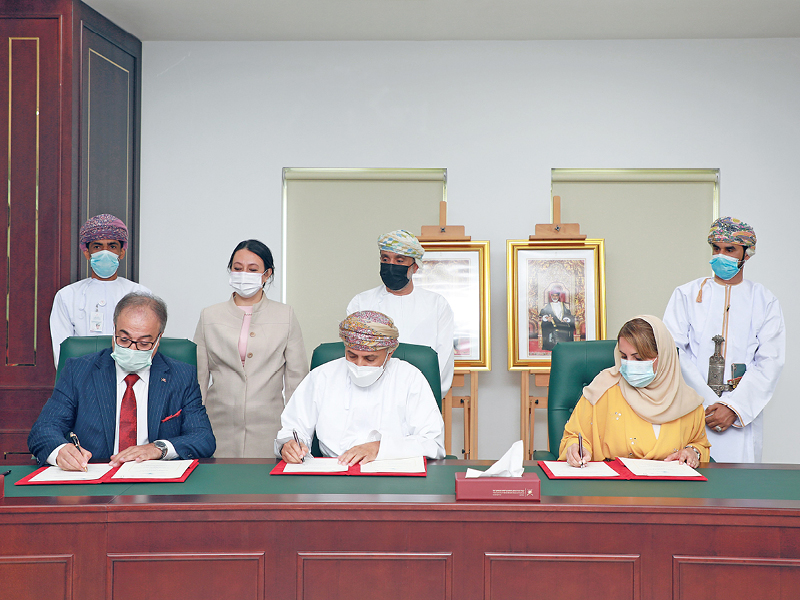 The Public Authority for Special Economic Zones and Free Zones (OPAZ) and the Ministry of Commerce, Industry and Investment Promotion signed a cooperation programme on Monday with a trade delegation from the Turkish Gebze Organized Industrial Zone (GOSB) to attract Turkish investments to the sultanate through the Special Economic Zone at Duqm (SEZAD).

This follows an initial agreement signed for an investment project to replicate a model of GOSB at SEZAD in key joint investment sectors include mining, petrochemicals, food and logistics. This project will see GOSB set up a Turkish Industrial Zone in Duqm.

Signing the programme is an indication of OPAZ’s efforts, in cooperation with the ministry, to attract investments to SEZAD.

“The Turkish delegation will explore the opportunities in Duqm to attract Turkish companies. OPAZ is fully prepared to provide all facilities to these companies, which could easily access the regional and African markets through the Port of Duqm. Additionally, land is designated for gas-dependent projects as the gas pipeline project to Duqm is complete, while the Duqm Refinery Project is nearing completion,” said H E Eng Dheeb.

He informed that OPAZ welcomes Turkish investors to make the most of the resources available in SEZAD and any other zone related to OPAZ.

H E Asila said, “In light of the interest in developing trade relations between the sultanate and Turkey, different ways of strengt-hening trade cooperation betwe-en the two countries in various spheres have been discussed. The delegation expressed interest in forming real partnerships in the targeted sectors; it will visit a number of concerned bodies during its stay in the sultanate.”

She also informed that the Ministry of Commerce, Industry and Investment Promotion is determined to continue achieving its vision and mission, reflecting the objectives of Oman Vision 2040. This confirms the ministry’s ongoing endeavour to efficiently market the national economy’s components. “The major objective of the investments is to develop Omani exports and free zones for various sectors, thanks to the complementary efforts and cooperation of the Omani Embassy in Turkey and other concerned authorities,” H E Asila said.

According to the cooperation programme, OPAZ will allocate land in the Medium Industries Zone at SEZAD so that GOSB, as an investment developer, will promote the zone to companies operating in its industrial zone.

GOSB is located in the centre of the Marmara District, with an estimated area of ​​5,160,000sqm, constituting two-thirds of Turkey’s market. There are 43 foreign companies and 163 companies in 188 industrial units in the zone, with total exports estimated at about US$11bn from the zone in 2020.