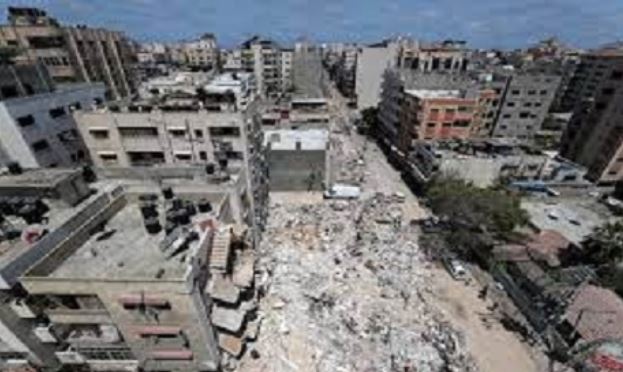 Surveying the charred remains of his Gaza furniture factory, destroyed by Israeli bombs last week, its owner Eyad Sawafiri confronts a dilemma familiar to many business owners in the Palestinian enclave.

“After what has happened, I’m scared to rebuild,” he said. “If I do, how do I know it won’t all be destroyed in the next war?”

Israeli air strikes and artillery fire in response to Hamas rockets killed more than 240 people in the Gaza Strip, but also set back any dreams of economic revival in the poverty-stricken coastal territory.

In the final hours of the latest, 11-day military escalation, Israeli artillery fire Thursday rained down on an industrial zone outside Gaza City.

Some plants remained intact, others were damaged, some completely destroyed — among them Sawafiri’s furniture workshop where he and his brother Nehad employed 70 people.

“We thought setting up our factory in this international industrial zone, next to UN refugee agency warehouses, would shield us,” said Sawafiri, 45.

“We used to be the largest furniture factory in Gaza, but everything has melted — the machines, the metal structure holding up the factory.”

Looking at some still red-hot embers in the rubble, he said his brother still could not bring himself to come and see how their business had been reduced to ashes.

It claimed 248 lives in Gaza, including 66 children, the local health ministry says.

The death toll in Israel reached 12, including one child and an Arab-Israeli teenager, an Israeli soldier, one Indian and two Thai nationals, medics say.

On the Gaza side, the conflict did major economic damage, bringing down entire office blocks, cratering roads and flattening factories.

The devastation spells another hurdle for the enclave of two million where more than half of the working-age population is unemployed.

Its residents rarely received electricity for more than 12 hours a day, ever before the latest round of air raids further pummelled the grid.

The densely crowded Mediterranean enclave has been under an Israeli blockade since 2007.

It does not control its maritime borders, and its Hamas-run government needs permission from the Jewish state to export its produce or bring in any supplies.

Because Hamas has turned metal components into rockets, Israel has insisted that international donors only fund projects that use plastic piping.

But in the latest conflict even a family-run Gaza factory that made plastic pipes was hit, on the last day of fighting.

“When Israel stopped certain metal pipes from entering Gaza, we decided to start producing plastic ones,” said its owner Naeem al-Siksik, standing next to the scorched pipes.

“But right now around 150 tonnes of plastic has been burnt.”

Only this could halt an endless cycle of destruction and reconstruction, he said.

US President Joe Biden said Thursday his country was committed to helping provide humanitarian relief and supporting reconstruction in Gaza “in a manner that does not permit Hamas to simply restock its military arsenal”.

Under a 2018 truce brokered by UN and Egyptian officials, a development roadmap was laid out for the strip’s crumbling infrastructure.

The gas-rich Gulf emirate of Qatar has since been providing fuel for electricity, salaries and assistance for needy families in the strip.

But the overall plan did not include Western donors who are wary of working with Hamas, which the United States and European Union have designated as a “terrorist” organisation, and progress has been slow.

“Does the international community really want to end this cycle of destruction or not?” he asked.

“Gaza is under Hamas’ control, so how can you possibly rebuild without them? Hamas is everywhere — it runs the municipalities, water and electricity.

“The only option is to include them.” 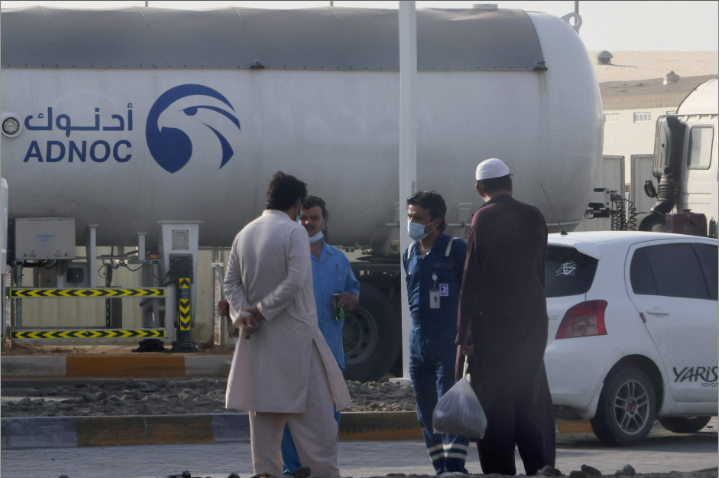 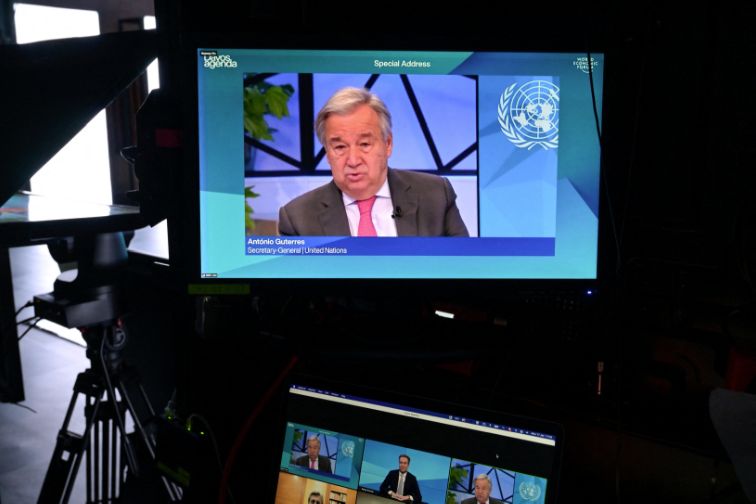