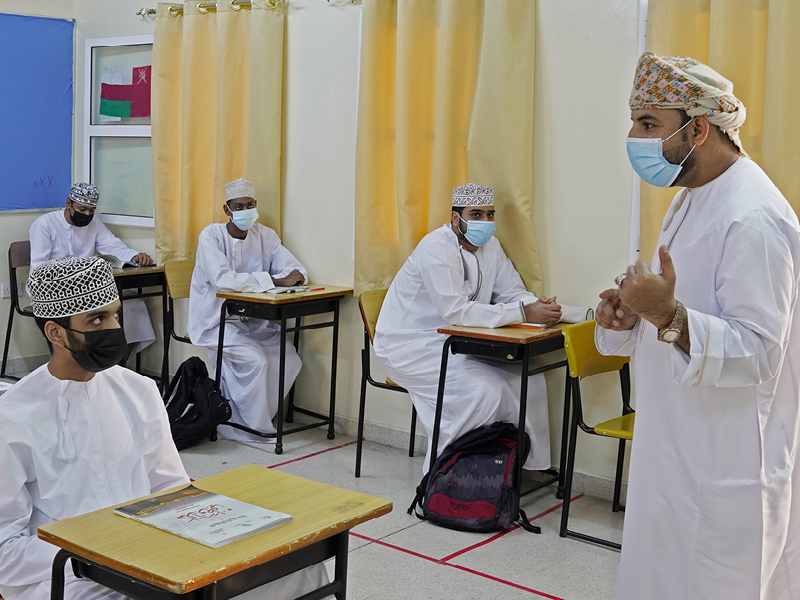 In efforts to recruit jobseekers, the Ministry of Labour (MoL) will appoint 2,364 teachers in the new academic year – 2021-22 – in cooperation with the Ministry of Education.

A statement issued by MoL said it will complete procedures for the appointment of the teachers who passed the recruitment test. Results of the exams will be announced in the last week of June through the educational portal of the Ministry of Education and MoL’s website.

MoL also stated that ‘it has followed with great interest the demands of those who gathered on May 23 in front of the General Directorate of Labour in North Batinah, demanding job opportunities and solution to their problems. Data was collected so as to absorb them according to the opportunities available in various sectors’.

In response to the demands, the Government Communication Centre (GCC), stated, ‘The government continues to provide job opportunities through training and qualification programmes and replacement of expats in the public sector, in addition to employment in various fields of the private sector.

Besides appointment of 2,364 teachers for the academic year 2021/2022, and the Sultan Qaboos Navel Academy receiving a number of new recruits on Sunday, MoL has announced various other job opportunities recently, the GCC statement added.

It informed that the Job Security Fund started disbursing dues to citizens whose services were terminated in November 2020. ‘The number of citizens who benefited from the job security system till April was 6,413, of which 78.7 per cent were male and 21.3 per cent female.’

In March 2020, His Majesty Sultan Haitham bin Tarik issued Royal Directives to establish the Job Security Fund and prepare a system for its mechanism. The fund was financed with RO10mn given by His Majesty the Sultan.

The authorities supervising the fund work in tandem with the National Employment Centre which helps find alternative jobs for individuals who have been laid off. Financial aid is given during the period of unemployment, provided that the period does not exceed six months, according to the GCC.

‘The government affirms that the jobseekers’ issue is a priority which receives great attention and is followed up by His Majesty Sultan Haitham bin Tarik.’

In January, MoL announced that 32,267 jobs will be available for jobseekers this year, including 7,602 opportunities in government sector units.