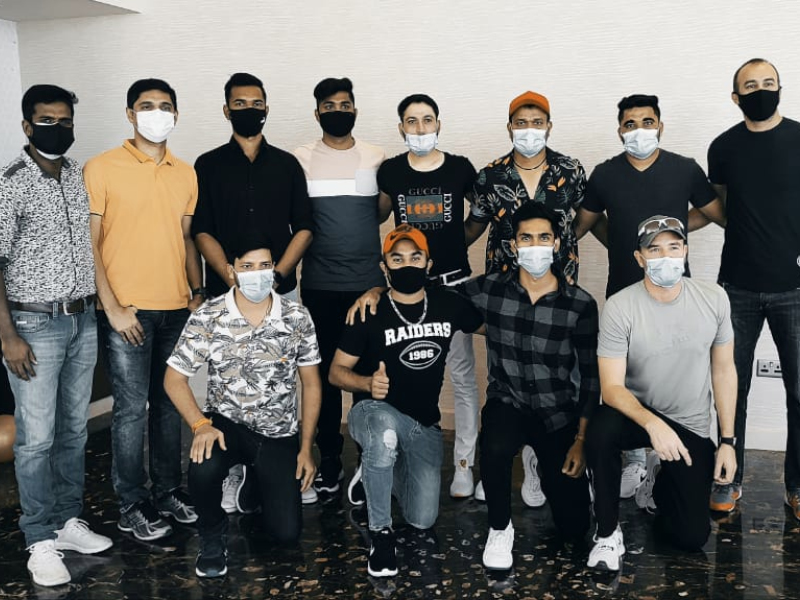 Ten years on…a new name, a new logo and a new approach. A decade ago, Al Turki NMC entered the top-flight Oman Cricket (OC) league with a bang as they made a memorable debut by clinching the then A Division (50-over-a-side) title in 2010-11 season.

On Friday, Al Turki NMC owner Chaitanya Khimji announced that his team will now be known as Oman Stallions and will register in the 2021-22 OC Premier Division with that name.

Al Turki NMC had a good outing last season (2020-21) as they finished runner-up in the 50-over format behind Muscat CT before the season was suspended due to COVID-19.

Despite the runner-up finish, Chaitanya termed his boys’ performance as of champions.

“For me they are champions. We had a great season and it was a close affair that went to the wire. Only net run-rate (NRR) differentiated the winner and the runner-up and third-placed teams. My boys played very well and I am proud of them,” Chaitanya said at a felicitation ceremony for the players, held at Grand Millennium Muscat, on Friday.

Presenting cash awards, Chaitanya said that ‘the new season will see a different avatar of his team.’

Speaking to Muscat Daily, he said, “We will be now known as Oman Stallions. We hope that the change will not just be in the name [Oman Stallions] but in the approach and results of our team.  We plan to build this team name and in the years to come, I am confident that Oman Stallions will become a household name on the domestic cricket circuit.”

A decade of mixed success

When Chaitanya launched Al Turki NMC in 2010-11, he roped in some of the top players from India and few of them have remained till today and played a key role in the team’s success.

One of them is former Oman international Ajay Lalcheta, an allrounder, whose spin bowling has been one of the key tools in Al Turki’s success.

While titles came far and between for the team on the domestic circuit, Al Turki have been known to give a good fight to their much experienced and stronger rivals over the years.

Besides the title in their launch season, the team also finished runner-up in the T20 A Division league in the very season.

That year, Al Turki had also fielded two more teams in lower division and all the three sides emerged champions.

Later, the team, under current captain Twinkal Bhandari, claimed the OC Premier Division Knockout trophy in 2015-16, and under his captaincy, also took the runner-up spot in the T20 Premier Division league in 2017.

During the COVID-19 interrupted 2020-21 season, Bhandari also led them to a runner-up finish (50-over format). Besides Lalcheta and Bhandari, Al Turki have also given the national team players like spinner Jay Odedra, wicketkeeper Suraj Kumar.Another Al Turki player, Gopendra Bohra, played for Oman A team in 2019.

Al Turki players’ contributions to the national team have been appreciated allaround and Chaitanya wishes that Al Turki continue to play a big role by providing a pool of good players, including Omanis, who can go on to play for the national team in the future.