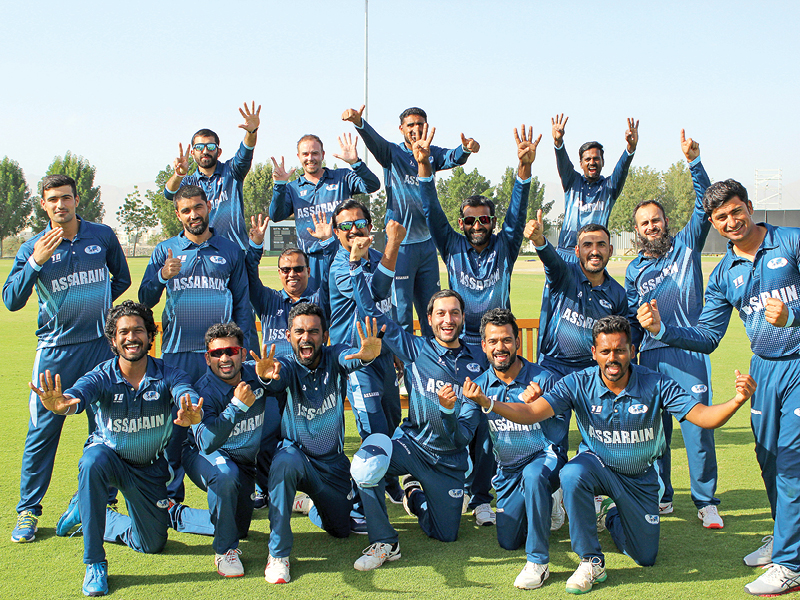 Last season, the coronavirus pandemic wrecked sports activities around the world and Oman Cricket’s top-flight season was also hit hard after former champions Assarain and Passage to India (PTI) pulled out from the Premier Division.

The coming 2021-22 season provides new hope for cricket lovers in Oman as Yalla Shabab is all set to make its entry in the top-flight league. The team will, in fact, comprise majority of Assarain CT players under their former dynamic team manager Vinu Mathew, who will be taking over the mantle as the team boss again.

Yalla Shabab will be the second team that will be fully backed by Chaitanya Khimji, a known cricket promoter in  the sultanate. Chaitanya confirmed that he will be fully supporting two teams – Oman Stallions [new name of Al Turki NMC] and Yalla Shabab – in the Premier Division season, which is likely to start in August.

“Next season, both teams will be sponsored by me and they will feature in the Premier Division (50 overs and 20 overs formats). My two teams will support the current crop of talented players and will also motivate upcoming players to raise their level and eye a spot in the national team.

“I will also encourage Omani nationals in both the teams. I want to give back to the game that has given me utmost joy throughout my career,” said Chaitanya.

“We will regroup them with few more additions and I can tell you that we will be the team to beat,” he said. Prior to pullout of Assarain, who were champions in 2019-20, they had eight of their players in the national team. They included Oman captain Zeeshan Maqsood, Naseem Khushi, Kaleemullah, Sindo Michael, Mohammed Nadeem, Rafiullah, Shakeel Ahmed and Sanuth Ebrahim. Mathew has been the force behind Assarain’s success, which saw them finish either winners or runners-up from 2011-12 in either T20 or 50 overs league.

The name Yalla Shabab was picked by the promoter after a competition was held on social media. The winner, Mohsin Javed, was handed a cash award on winning the competition.