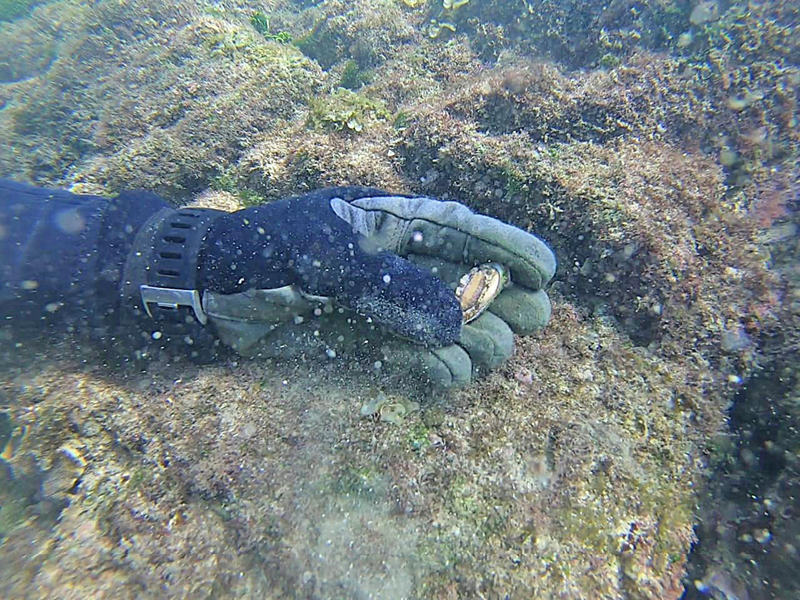 The Ministry of Agriculture, Fisheries and Water Resources (MAFWR) has documented presence of abalone once again on Masirah Island after it disappeared in 1977.

The ministry said, ‘A team from the Fisheries Research Centre in the Governorate of Dhofar has documented the presence of Omani abalone on Masirah Island since its disappearance after 1977. The team discovered abalone in variable proportions at several sites in Masirah in February.’

The field survey, during which the discovery was made, aimed to study the biodiversity of marine organisms and to monitor fish stocks in the sultanate.

‘This scientific documentation is the first of its kind for abalone in Masirah Island, and increases the geographical spread of this organism in the Arabian Sea, extending from Dhofar through Al Wusta governorate to Masirah Island.’

The abalone is a rare marine wealth found in Omani waters in Dhofar governorate near the wilayats of Mirbat and Shaleem and Halaniyat Islands. Most of the catch is exported to Asian markets.

Abalones are mono-shelled molluscs which live in coastal areas with rocky beaches where algae and seaweeds are abundant. Known as ‘ear-shell’ in Arabic, these nocturnal creatures are found attached to rocks in the sea where they live inside a rough elliptical shell with a row of holes on its sides that help it breath. Abalone have high nutritional value owing to their high protein count.

To ensure a sustainable stock of abalone, the Ministry of Agriculture, Fisheries and Water Resources has banned harvesting, collecting and dealing in abalone during the 2020 and 2021 fishing seasons.

Abalone fishermen set out early morning with simple tools, including a knife-like tool, underwater goggles and a net worn around the waist to collect the catch. In the evening, they return to land and work to extract the meat (foot muscle) of the abalone from its shell using a sharp tool known locally as Al Jazra (the carrot). The fishermen sell their catch to traders for RO30 to RO50 per kilogram.