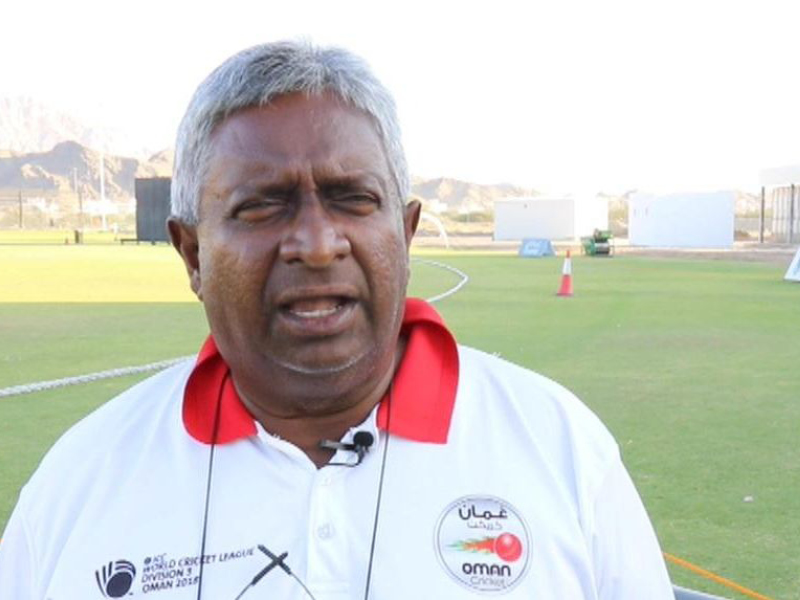 With uncertainty about the resumption of the COVID-19 disrupted ICC Men’s World Cup League (WCL) 2 continuing, Oman Cricket (OC) officials are planning an early start to the 2021-2022 season.

The domestic season usually begins in September but with the prospect of WCL 2 resuming in September, OC is now likely to kick-start the 2021-22 season in August.

The ICC had suspended play in the seven-nation WCL 2 in February with Oman currently leading the table with 16 points from ten matches played so far. USA is second with 12 points from 12 games.

The WCL 2 forms part of the qualifying pathway to the 2023 edition of the 50-over World Cup game’s showpiece event scheduled to be hosted by India in 2023.

Besides Oman, the other teams in the WCL 2 are USA, Scotland, Nepal, UAE, Namibia and PNG.

Oman national team chief coach and OC’s chief development officer Duleep Mendis said ‘we are still waiting for the ICC to announce the revised WCL 2 schedule after the coronavirus pandemic forced the suspension of the league’.

The Sri Lankan great added, “We plan to regroup the national team with a training camp in June. With the WCL 2 resumption still not clear, we plan to start our 2021-22 domestic season earlier than schedule, may be August than in September. The aim is to keep our boys ready for the WCL 2 series if it begins in September.”

Oman players have excelled with bat and ball during the ten games played so far. Allrounder Aqib Ilyas is the leading batsman with 610 runs from ten games at an outstanding average of 76.25 and includes two hundreds and four half-centuries. He has also picked 14 wickets with an economy rate of just 3.86.

Notable allround performances for the team have come from Khawar Ali (242 runs, 11 wickets) and Mohammad Nadeem (207 runs, 9 wickets) while wicketkeeper Suraj Kumar’s has been rock-solid behind taking nine catches.