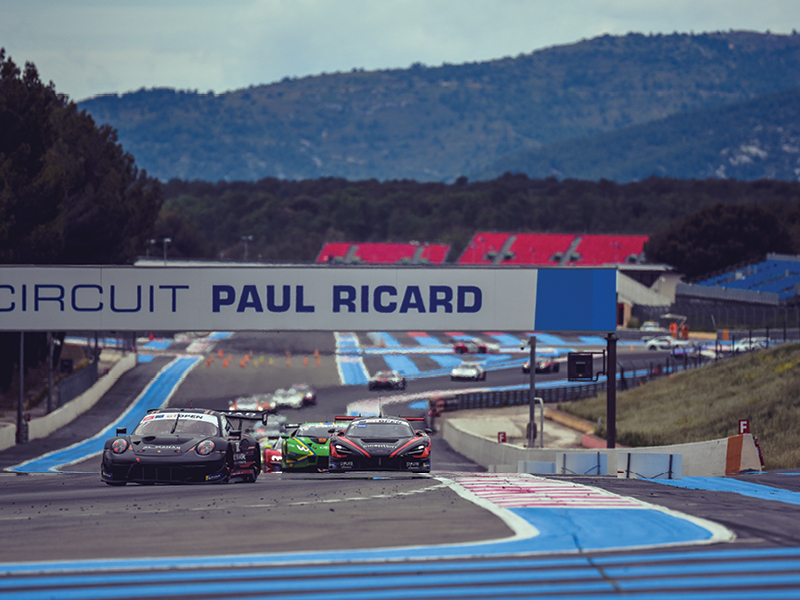 An ‘amazing and successful weekend’ concluded for the Lechner Racing duo of Al Faisal al Zubair and Andy Soucek at the Circuit Paul Ricard in France on Sunday as the Omani-Spanish pair bettered their opening race display with a podium finish in the second race of the opening round of the 2021 International GT Open Championship series.

A day after finishing overall fourth in the first race on Saturday, Al Faisal, who is making his debut in the GT3 endurance series, and Soucek produced a vastly-improved performance to finish overall third.

Racing in the Porsche GT3-R car, the duo ended up behind the Lamborghinis as the Vincenzo Sospiri Racing (VSR) claimed a one-two finish. Frederick Schandorff-Michele Beretta (Pro class) won ahead of their teammates Yuki Nemoto-Baptiste Moulin (Pro), after a thrilling race, which ended with Al Faisal-Soucek (Pro) joining them on the podium.

In fact, Soucek and Al Faisal led for most of the race after Lechner Racing had qualified third in the morning behind behind Balfe Motorsport’s Shaun Balfe and Adam Carroll (Pro-Am) and Inception Racing’s Brendan Iribe and Ollie Milroy (Pro-Am). Race two witnessed a much larger grid as a total of 25 cars including nine from the sister series, GT Open Europe, entered the fray.

Following the conclusion of the two-race opening round, Lechner Racing’s Al Faisal and Soucek are placed third with 18 points in the teams’ standings behind Beretta-Schandorff, who are tied with race one winners Ivan Peklin-Jordan Pepper, in the Team Lazarus Bentley (21 pts).

Speaking after receiving the trophy, a delighted Al Faisal said, “I am very happy with the overall performance over the two races. It has been an amazing weekend – fourth in the opening race and then finishing with an overall third in the next.

“To be on the podium at Circuit Paul Ricard is a great feeling as I have never raced on this track before. It is really special as we achieved it with a new endurance series team of Lechner Racing.”

The 23 year old double Porsche Middle East Challenge Series champion added, “It is a new chapter for our team as we compete in this top-class endurance series. In the first round we had good team spirit and bonding among all of us. I am now looking forward to the second round at Spa-Francorchamps in Belgium next month.”

Al Faisal’s experienced teammate, Soucek, a former Formula 2 champion, said that ‘it was a good result’ and was ‘happy to end the weekend overall third with some valuable points on board’. “It is a decent start to our campaign and I am sure we will  only get better from here,” said the Spanish driver.

Soucek got off to a powerful start on Sunday as he quickly went past the Balfe poleman Adam Carroll in Audi R8.

Soucek maintained his lead in the initial laps but on lap ten, the Spanish driver and Millroy in McLaren 720S GT 3, had a slight contact, which led to VSR’s Nemoto exploit the advantage to grab the lead.

In lap 13, the window for driver change opened and after all pit stops, Al Faisal took over and kept the lead, with a three-second gap on VSR’s Schandorff.

However, in lap 23, Schandorff passed Al Faisal but the Omani maintained second place till the penultimate lap. However, VSR’s Moulin got past Al Faisal in the final lap to grab second and complete a VSR’s one-two.

Backed by Oman-based Al Manar Financial Investments, Al Faisal said, “I had a good stint and kept second spot for most of the laps. The team strategy was clear for me – to go up against fellow Pro class drivers. Taking them on  was always going to be tough task. Before I took over, Andy [Soucek] had done well against the non-Pro drivers to hand me at P2 position.

“My P3 helped us take an overall third in team standings. The opening round has shown that there are quite a few good and competitive drivers in the fray. It is going to be a tough fight in the remaining six rounds for the overall title honours.”