P4 on debut for Al Faisal 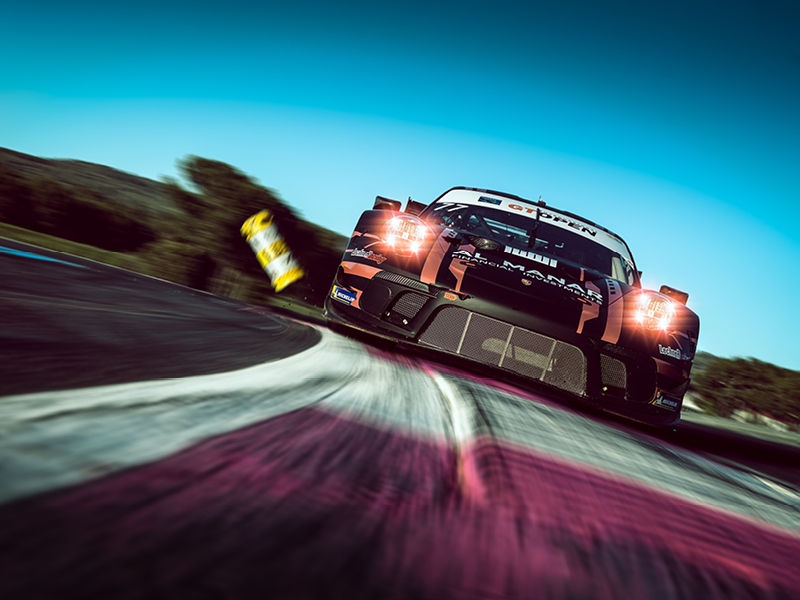 Oman’s talented endurance racing star Al Faisal al Zubair nearly got off to a dream debut in the 2021 International GT Open Championship series as he along with his teammate, Andy Soucek, narrowly missed a podium finish in the opening race of the first round at the Circuit Paul Ricard in France on Saturday.

The Lechner Racing duo sent a strong signal that they would be the team to watch out after a strong performance as they overcame two safety car interruptions to finish fourth overall and second in their Pro class.

Making his debut in the highly-competitive GT3 endurance series, Al Faisal was the first to go behind the wheel of the 70-minute race in their Porsche GT3-R car.

Al Faisal’s bid to gain a good lead in the initial stages was put paid by two accidents in the first half. That left the 23 year old with little time to move up the ladder after the team had qualified P8 earlier on Saturday.

Soucek took over and made a late assault to finish fourth raising hopes of a podium finish in the second race of the first round on Sunday.

Speaking after the eventful first race of the season, Al Faisal, two-time former Porsche GT3 Cup Challenge Middle East champion said, “We are quite happy with a P4 on our debut. Being the first race of the championship and being able to pick up good points is a positive start to our campaign.

“Unfortunately, during my stint the safety car was out for most of the time but in the end finishing fourth overall is a good start to the series. Hopefully, we can build upon this in the second race [on Sunday] and keep the ball rolling with good results.”

Backed by Al Manar Financial Investments, the Lechner Racing duo clocked 1:11:10.150 to finish second in the Pro class among a grid of 16 cars at series, which is one of the top references in the world of GT3 racing in Europe.

Spain’s Soucek, a former F2 champion, rued the disruptions that halted their bid for a podium. He said, “It was unfortunate that Al Faisal had to drive through a long safety car period. The big accident that took place ahead of him also slightly damaged our car. To be honest, he couldn’t avoid and I struggled a lot with the front axle of the car.

“Running behind the Vincenzo Sospiri Racing’s Lamborghinis was a nightmare as they were defending a lot. But I managed to overtake them and few other cars in the final stages. I needed a few more laps to get closer to the McLarens [who finished second and third]. We could have managed an overall P2 but P4 is OK. We don’t have a handicap for tomorrow and hopefully we will have a good and a clean race.”

The race was marked by the two accidents in the first stint, with most of the first half of the race behind the safety car.

At the start, poleman Nico Bastian of Winward had to fight to keep the advantage ahead of Loris Spinelli of AKM Motorsport and Lazarus’ Pepper, who took second in the initial string of corners, but drama struck right behind, as Twin Busch by Equipe Vitesse’s Dominik Schraml missed breaking point in turn three while rejoining the track and hit the JP McLaren of Christian Klien, almost flying over it.

Fortunately, the drivers escaped unhurt but the first five laps were behind the safety car. Shortly after restart, Pepper stole the lead from Bastian, but action only lasted for two laps as Boutsen Ginion’s François Grimm lost control of his car and hit the wall on the inside, with quite some damage to his Lamborghini R-EX as the safety car again took control of operations.

Race restarted in lap 14, with Pepper in front of Bastian, Spinelli and Osborne, and the window for driver change opened immediately as Soucek took over from Al Faisal to complete the remaining laps.

In a new initiative introduced this year, race two on Sunday will see the fields of the GT Open and its junior sister series, the GT Open Cup Europe, racing together.