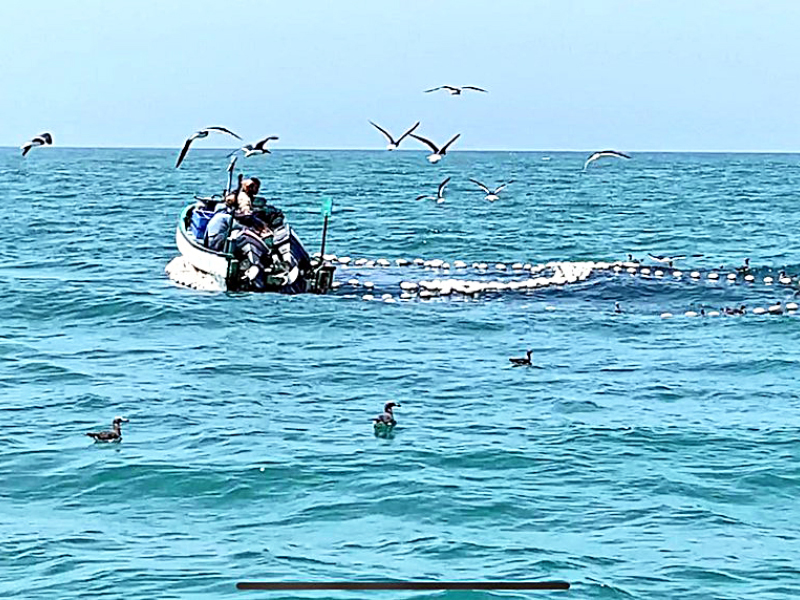 As many as 72 expatriate workers were arrested for violating fishery laws and legislations in April, an official from the Ministry of Agriculture, Fisheries and Water Resources said.

In addition, 278 violations were registered for non-compliance with the regulations for fishing of marine resources andfishing licensing regulations.

“Two hundred and twenty-five different kinds of equipment were seized, including boats, engines and nets,” he said, adding, “the amount of confiscated fish in April amounted to 100kg.”

He added that 98 expatriate workers were arrested in Oman for violating fishery laws and legislations in March.

On April 11, the fisheries control team in Muscat governorate, in cooperation with Coast Guard personnel, seized a haul of shrimp fished outside the season. The violators had used a site not designated for sale. Legal action has been taken against them.

The annual statistics of fisheries control activities revealed that 4,298 violations of the Marine Fishing Law and Protection of Living Aquatic Resources were registered in the sultanate in 2020.

Specialists of the ministry arrested 492 expatriates for violating provisions of the law.