Oman sees a flurry of interest in green hydrogen projects 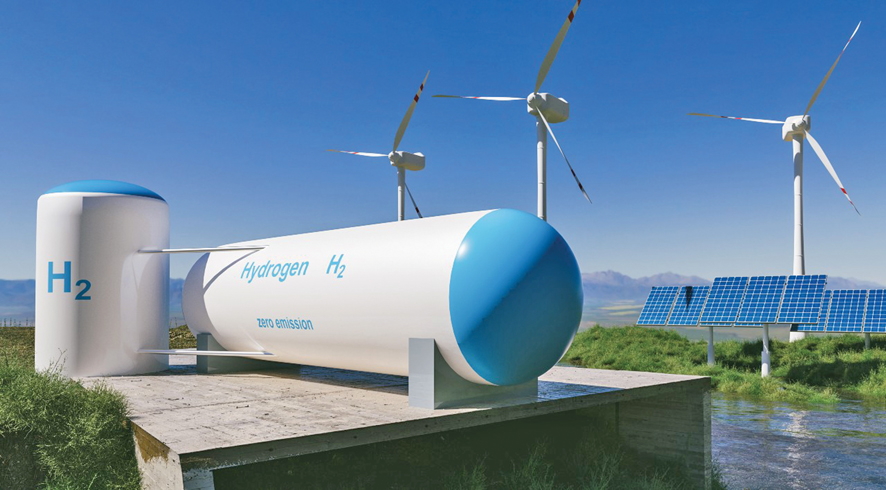 A number of international companies in the past few months have expressed their interest and announced plans to invest in green hydrogen and green ammonia projects in Oman’s special economic zones and free zones.

The latest in a series of announcements by international companies to set up green hydrogen projects in Oman is the plan of Fusion Fuel Green, an Ireland-based green hydrogen technology company.

Fusion Fuel this week announced that it reached a collaboration agreement with Consolidated Contractors Group (CCC) to develop green hydrogen plants in the Middle East including Oman.

CCC and Fusion Fuel have agreed to cooperate on projects involving the production of green hydrogen for potential clients in the refining and petrochemical industries in order to reduce their carbon footprint.

The companies plan to develop demonstrator plants in several countries in the region, namely Oman, Kuwait and Qatar, according to a statement issued by Fusion Fuel.

Fusion Fuel is an emerging leader in the green hydrogen space, committed to accelerating the energy transition and decarbonising the global energy system by making zero-emissions green hydrogen commercially viable and accessible.

“We are delighted to be partnering with the CCC to open this new market,” Joao Wahnon, head of business development at Fusion Fuel said.

“The Middle East represents a big opportunity and it’s a very promising region for us, given the high levels of solar exposure, strong appetite for green hydrogen projects, and the strategic geographic position between Europe and Asia. We are excited to bring Fusion Fuel’s revolutionary technology to the Middle East.”

DoriBarakat, director of business development at CCC, said, “We are very pleased to cooperate with Fusion Fuel towards the building of green hydrogen and ammonia plants and to bring our expertise in construction projects, particularly in the Middle East. This cooperation between our companies will generate new opportunities in the development of green energies.”

Consolidated Contractors Group is a globally diversified company specialising in engineering and construction. It has established a strong market presence in the Middle East and Africa.

According to OPAZ, these companies are showing interest to invest in the Special Economic Zone at Duqm and Sohar Free Zone to produce electricity from solar and wind energy as those are great sources to produce green hydrogen for export.

In March, India’s leading clean energy platform ACME Solar Holdings signed a memorandum of understanding with Oman Company for Development of Special Economic Zone at Duqm (Tatweer) to set up a green hydrogen and green ammonia facility in Duqm with a total investment of US$2.5bn.

Tatweer and ACME have reportedly identified the land parcel in Duqm region to set up the facility that will produce 2,200 metric tonnes of green ammonia per day.

In January, Japan’s Sumitomo Corporation and Omani energy firm ARA Petroleum launched a feasibility study on a hydrogen hybrid project which will be based on a local production and consumption model in Oman.

The project aims to establish a hydrogen supply chain based on the local production and consumption model at a site where ARA Petroleum produces oil and gas, with a target to commence operations in 2023.

Encouraged by strong initial interest shown by the international companies, OPAZ is aiming to place Oman in the global green hydrogen production chain through the special economic zones and free zones.

Sohar Port and Freezone, as part of its green initiatives which include solar energy and green hydrogen, is also planning to create the first green hydrogen hub in Oman.