I’m confident of a strong start on my debut, says Al faisal 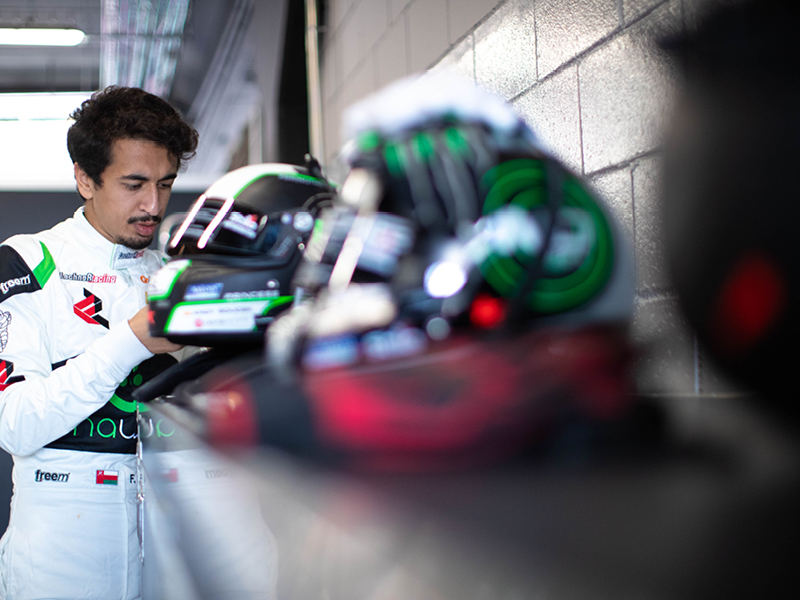 Ahead of his much-aniticpated debut in the highly-competitive 2021 International GT Open series, young Oman’s motor sports star Al Faisal al Zubair expressed confidence of a strong display as he prepared himself for the opening round at the Paul Ricard Circuit in Le Castellet, near Marseille in France.

The first round comprising two races will be held on May 15-16 with the practice session beginning on May 13. The seven-leg series will conclude in October.

Speaking ahead of his departure to France, the 23 year old Omani racer said, “I am looking forward to a strong start to the series. This is my debut series in the GT3 endurance racing and along with my experienced teammate, Andy Soucek of Spain, we hope to come up with good results during the campaign.

“It is going to be a new experience with a large grid comprising some of the top drivers from leading professional teams. “We will compete hard and will take each race as it comes.”

Al Faisal and Soucek will be representing Lechner Racing and the duo had a satisfactory outing in their new Porsche GT3 R car at the joint International GT Open and GT Cup Open Europe Barcelona Winter Test last month.

During the two-day Winter Test held at the Circuit de Barcelona-Catalunya, Al Faisal and Soucek competed with 17 other teams.

After the testing, Al Faisal said, “I am very happy and satisfied with my stint in new GT3 R car. I thoroughly enjoyed the car. I and Andy were very happy with the car’s performance.”

The two-time former Porsche GT3 Cup Challenge Middle East champion said, “I feel positive about the upcoming series and believe that we have a good package to provide stiff challenge to other teams during the season.”

Al Faisal, who is fully backed by Oman-based Al Manar Financial Investments, will be competing in the Pro class at the GT Open.

The opening free practice will be on Thursday while Friday will witness two more free practice sessions followed by qualifying on Saturday morning.