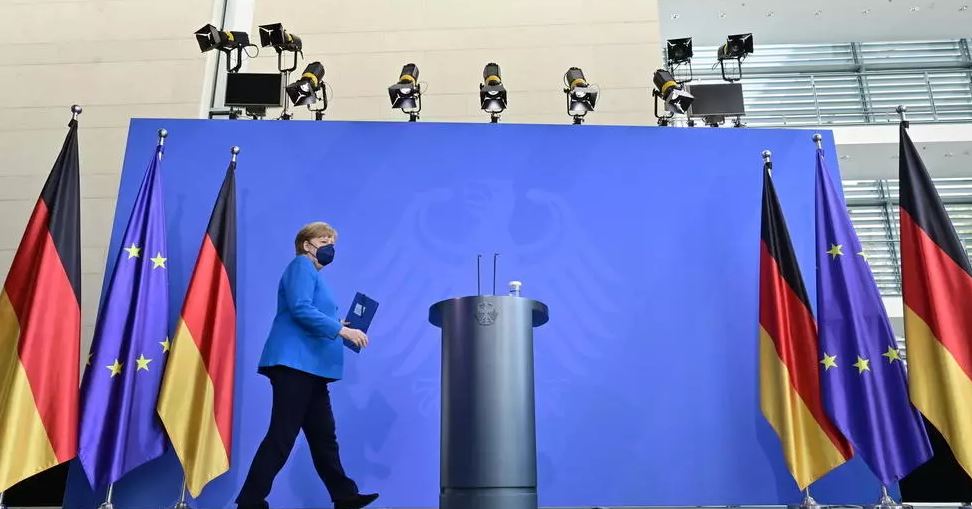 German Chancellor Angela Merkel on Saturday urged the United States to export coronavirus vaccines made on its soil, as she rejected a patent waiver call from Washington for the jabs.

“Now that a further part of the American population has been vaccinated, I hope that we can come to a free exchange of components and an opening of the market for vaccines,” she said, adding the EU has exported a big chunk of jabs made in the bloc and that should “be the rule”.

Speaking at a press conference after talks with EU leaders, Merkel reiterated her opposition to calls for pharmaceutical companies to drop their intellectual property protection for the vaccines.

“I do not think that a patent waiver is the solution to make more vaccines available to more people,” she said.

“Rather, I think that we need the creativity and the power of innovation of companies, and to me, that includes patent protection.”

The leader of Europe’s biggest economy underlined the importance of spurring innovation, saying it must not be “weakened such that no rapid adaptations for virus variants can be found”.

Vaccines were “highly sensitive” products, she said, adding that manufacturers were already working at high speed to ramp up capacities, including through licensing partnerships.

“The problem is not that people are sitting on their patents and not taking action,” she said.

Germany is home to BioNTech, the company which co-developed with Pfizer the first Covid vaccine to be approved for use in the West late last year.

Another German company, Curevac, is in the final stages of clinical trials and eyeing authorisation for its Covid jabs in the EU in the coming weeks.