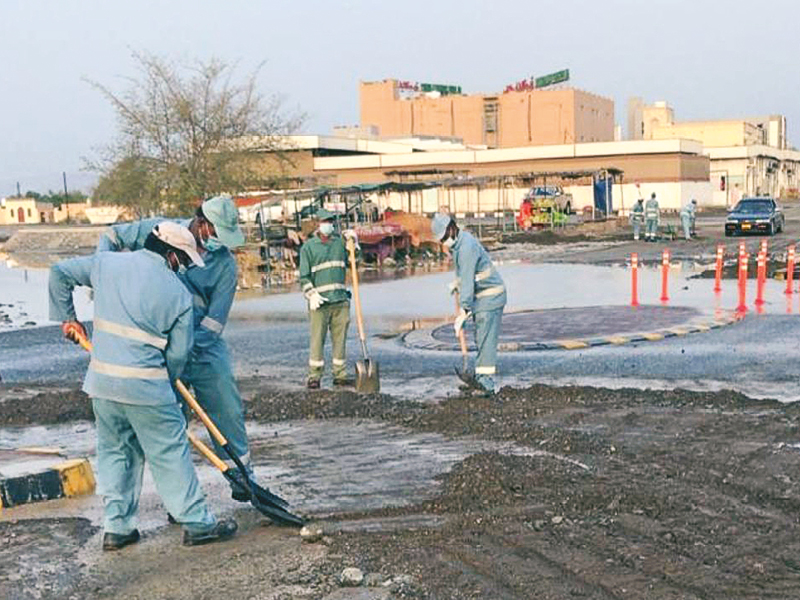 The Civil Defence and Ambulance Authority (CDAA) said it has saved scores of people during the rains caused by low-pressure systems which affected the sultanate in the last few days.

CDAA said its control room received distress calls during the  period and its personnel engaged in rescue missions.

Strong winds and heavy rains caused destruction of many houses and farms, and the death of animals in wilayats of Rustaq, Saham, Seeb and Khabura on Wednesday.

‘The authority’s teams rescued a person from drowning in Wadi al Khashda in the wilayat of Saham, and three other people who were in danger after their vehicle was washed away in Wadi Badil al Abd al Salam in North Batinah,’ CDAA stated. Its teams also rescued two workers following a collapse of a wall under construction in the wilayat of Saham.

Heavy rains, accompanied by winds and hail, causing flash floods and poor visibility, were reported in North and South Batinah, Dakhliyah, Muscat, and North and South Sharqiyah from Monday.

Data collected from the rain monitoring stations of the Ministry of Agriculture, Fisheries and Water Resources, showed that the highest rainfall was recorded in Liwa (61mm).