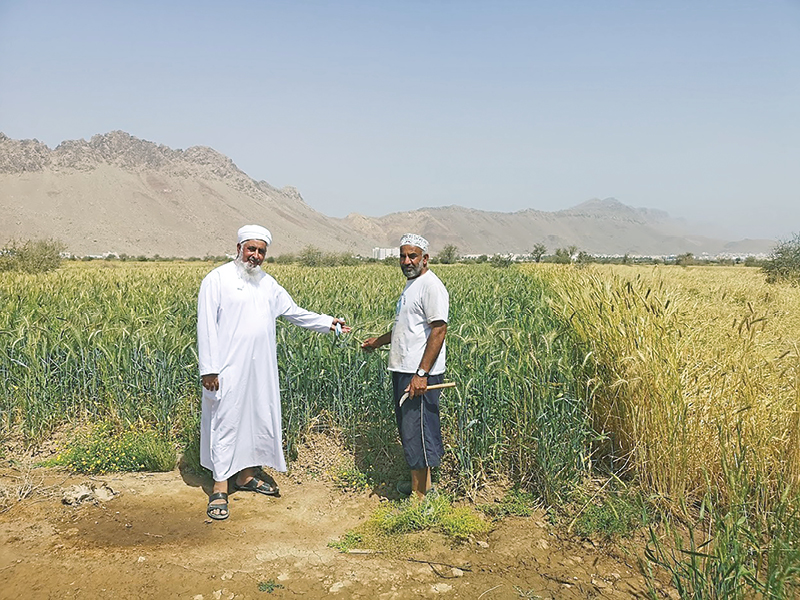 It is said that hard work and perseverance pay. The phrase aptly fits Hamdan al Qassabi, a farmer from Wadi Quriyat in the wilayat of Bahla in Dakhliyah governorate, who has worked tirelessly on his drought-affected farm which ultimately yielded abundance of crops.

Qassabi is now cultivating a number of crops and vegetables and has even succeeded in exporting some of the produces.

Speaking to Muscat Daily, Qassabi said he inherited agricultural practices from his parents and grandparents who began farming in the 1970s.

“I had to understand all the agricultural and market requirements of crops, starting with planting of seeds right through to harvesting and delivery to markets. Now I’m cultivating many vegetable crops such as garlic, onions and carrots,” he said.

He is also growing dates.

Talking about how difficult it was to engage in farming initially, Qassabi said in 1990 Wadi Quriyat witnessed depletion in the water level, that eventually led to lack of cultivation in the whole area.

However, Qassabi and some other farmers were determined to carry on with the farming activities. “We dug a well and started cultivating again.”

Qassabi said they succeeded in cultivating more than five acres and exported some crops — including fodder crop Al Qat or berseem – to neighbouring countries.

“Harvesting is done from February to May,” he said.

Wheat cultivation has been stopped as it needs much water, he added.

Modern agriculture methods, such as drip irrigation, are being used and Qassabi said they reduce effort, time and labour.

He said that the Ministry of Agriculture, Fisheries and Water Resources has played an important role in his business.

“The ministry offers us integrated programmes, helps us till the land and equips us with modern irrigation systems and organic fertilisers.”

He is also grateful to the Omani Agricultural Association for its supports and for conducting meetings among farmers to exchange experiences to find solutions for the issues they face.

“We are planning to use hydroponic agriculture and greenhouses in our farm that reduces water usage and increases the quality of agricultural products.”