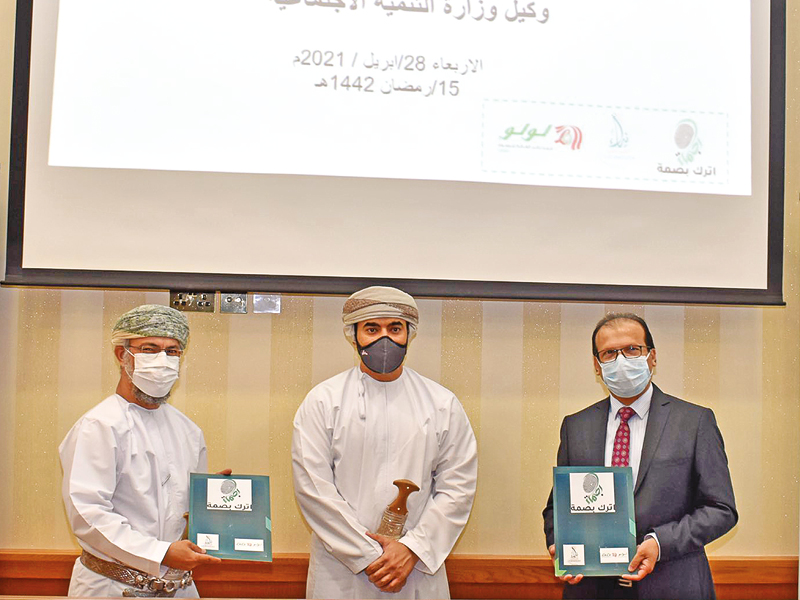 As part of its efforts to encourage charity work in the sultanate and collect donations for needy families, Nidaa Charity Team launched an initiative called ‘Etruk Bassma’ – or Leave a Mark  – in cooperation with Lulu on Wednesday.

The initiative was launched under the patronage of H E Sheikh Rashid bin Ahmed al Shamsi, Undersecretary in the Ministry of Social Development, in the presence of Sheikh Yahya bin Nasser al Harrasi, wali of Bausher and chairman of the Social DevelopmentCommittee in the wilayat.

The initiative aims to streamline a mechanism to collect donations from shoppers in supermarkets.

The initiative emerged from the need of digital transformation in the mechanism of collecting donations from shoppers in shops and malls into a modern alternative of raising funds.

“I believe this initiative represents a quantum leap in the way donations are collected from shoppers. It is in line with the digital transformation of the present times and will benefit several teams doing charity work in many wilayats in the sultanate,” he added.

While thanking the Ministry of Social Development for approving the initiative, Yahmadi said Nidaa Charity Team is also grateful to Lulu for implementing the donation mechanism in all of its 27 branches in Oman.