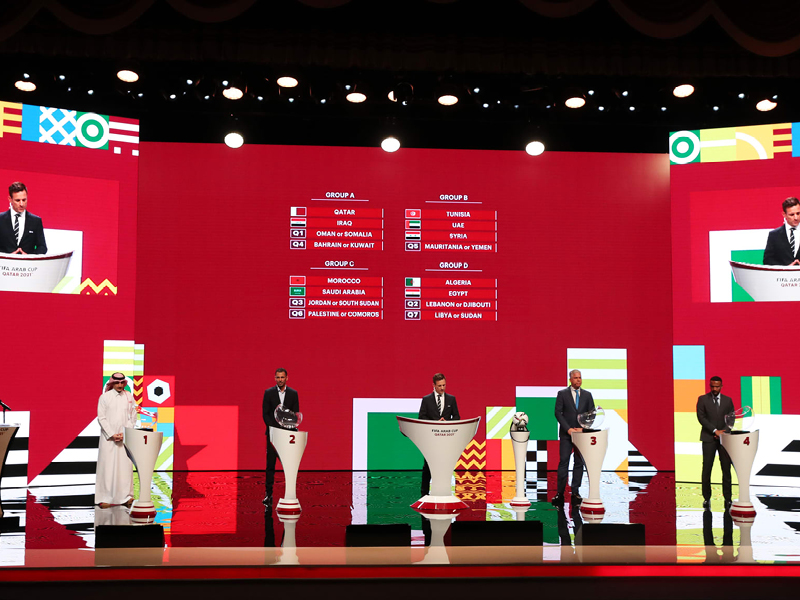 Oman will need to get past Somalia to feature in the main round of the first FIFA Arab Cup Qatar 2021. A victory over lowly Somalia, ranked 197th in the world, for Oman, ranked 80th in the world, will put them in Group A of the main tournament, which will be held from November 30-December 18.

Oman is one of the 14 countries that will feature in the qualification matches. The date of the single-leg qualifiers have not yet been finalised.

If Oman qualifies for the main round, they will meet Iraq in the opening match on November 30 before taking on hosts Qatar on December 3.

They will conclude their Group A engagements on December 6 with a match against the winner of Bahrain and Kuwait qualifier.

On Tuesday, the draw for the FIFA Arab Cup Qatar 2021 was conducted at Katara Opera House in Doha. The nine highest-ranked teams, including host country Qatar, will join the seven winners from the qualifying stage in the final tournament. The 16 teams have been drawn into four groups of four.

The four group winners and four group runners-up will proceed to the knockout stages.

The matches will take place at six Qatar 2022 stadiums, with the venues set to be confirmed in due course.

The tournament will take place during a similar time-slot to the FIFA World Cup Qatar 2022. It is seen as a vital opportunity to test operations and facilities exactly a year before Qatar hosts the first World Cup.

Group A: Qatar, Iraq, winner of Oman vs Somalia and winner of Bahrain vs Kuwait.

Group B: Tunisia, UAE, Syria and winner of Mauritania vs Yemen.

Group D: : Algeria, Egypt, winner of Lebanon vs Djibouti and winner of Libya vs Sudan.