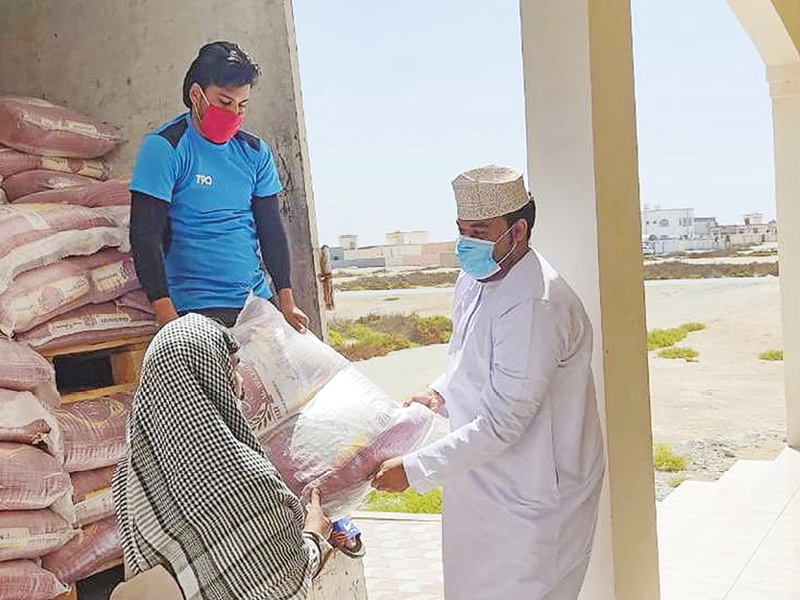 As part of its efforts to support needy families in this month of sharing and caring, Al Musannah Charity Team has launched an initiative called ‘Mandoob al khair’.

It aims to collect financial donations, clothes and food baskets from individuals and establishments in the wilayat of Musannah for distribution among needy families.

Besides, ‘Mandoob al khair’, the charity also has a programme called ‘Farahhum bi Riyalak’ – or ‘Make them happy with your rail’ – with the aim of raising RO15,000 to help needy families, orphans and people who lost their livelihood during the pandemic. “To date, we have collected RO11,253 which will be used to provide Eid clothing for underprivileged families and orphans,” said Zadjali. “We sponsor 187 orphans at a cost of more than RO53,000 annually.”

The team has distributed 703 food basket – containing rice, honey, dates and vegetables – at a cost of more than RO24,000 this Ramadan.