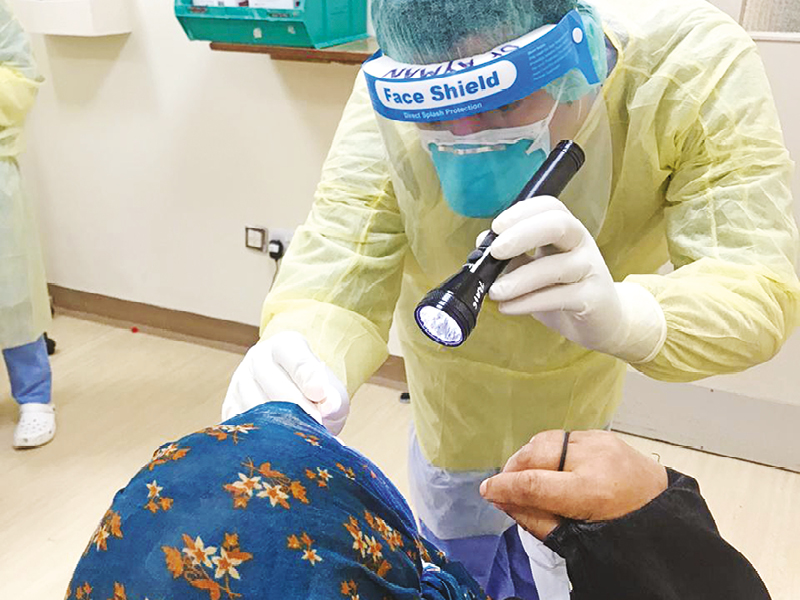 The COVID-19 pandemic is continuing to take lives of people in Oman with the death toll crossing 2,000 after nine patients succumbed to the virus on Wednesday even as the Ministry of Health (MoH) stepped up efforts to caution people. The number of deaths now stands at 2,001.

According to MoH’s Tarassud, the coronavirus monitoring app, Oman is second among the Gulf Cooperation Council (GCC) countries in the number of deaths due to COVID-19.

On Wednesday, MoH confirmed 928 new cases, taking the total to 192,326, while those that recovered were 919. With this, the number of recoveries has increased to 171,848, accounting for a recovery rate of 89.3 per cent, according to an MoH statement. Currently, there are 18,477 active cases in the country.

As of Wednesday, a total of 833 patients were in health institutions, including 275 patients in intensive care.

According to the Directorate General of Health Services in the governorate, two task teams have been formed; one chaired by the Director of Nursing, and the second headed by the hospital’s Assistant Director for Medical and Allied Medical Affairs.

The teams are tasked with delegating nursing and medical staff working at primary healthcare institutions and Sultan Qaboos Hospital in a way that ensures provision of services to COVID-19 patients in the hospital wards and other health institutions in the governorate.

The Directorate General of Health Services in the governorate further decided to close three health centres in Salalah – Al Dahariz, Salalah al Jadidah and Hejayf. The personnel of these centres are currently supporting staff working at Sultan Qaboos Hospital in Salalah amid the growing number of cases in the hospital.

Doctors in the Accident and Emergency Unit and primary healthcare institutions have been instructed to promptly report deaths resulting from COVID-19 via Tarassud.

New appointment schedules of the specialised clinics in Sultan Qaboos Hospital in Salalah and a mechanism for providing monthly medication to patients with chronic diseases have been announced.