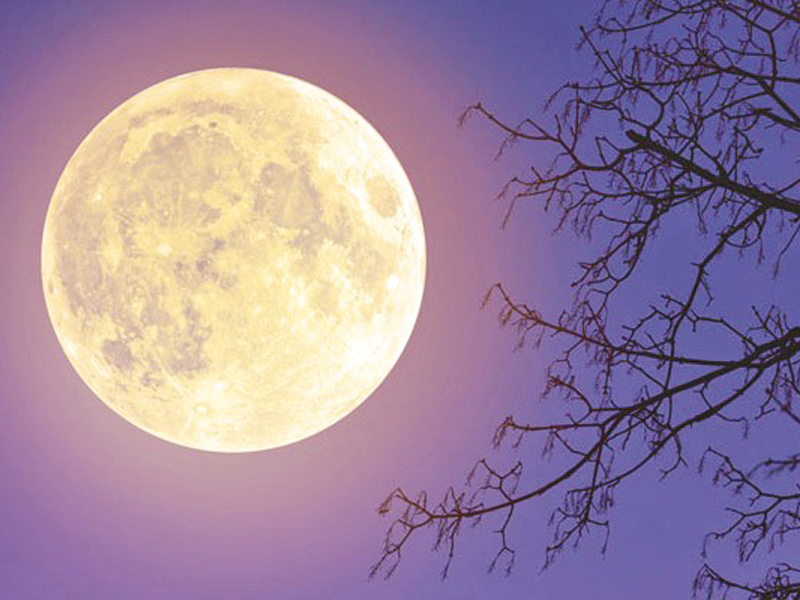 The sultanate will witness a giant moon or ‘pink supermoon’ on Tuesday, April 27, on its eastern horizon, according to the Oman Astronomical Society.

The fourth full moon of 2021 is set not only to shine brighter but also appear bigger. The lunar surface will appear a whole 14 per cent larger and 30 per cent brighter than some past full moons, according to BBC’s Science Focus magazine.

Speaking to Muscat Daily, Majid bin Mohammad al Farai, member of Oman Astronomical Society, said, “The moon doesn’t orbit the Earth in a circle as it is pulled by gravitational forces of the Earth and the Sun.

Instead, it moves in an elliptical orbit, and how close it gets to Earth varies month to month. At a certain point in its orbit, called perigee, the moon reaches its closest point to Earth. Then at another point – apogee – it is the furthest away. The difference between these two points is an average of 48,000km.”

Farai explained that the moon ‘fully’ reflects sunlight to Earth for only a brief period of time. This happens when the Earth comes exactly between the Moon and the Sun in a straight line, a moment called ‘syzygy’.

The moon will be reddish or orange in colour as a result of dust and aeroplankton in the atmosphere around the Earth.

According to Farai, the best time to observe and photograph this astronomical phenomenon is on April 27, at sunrise or sunset.