US to ramp up support for Covid-hit India 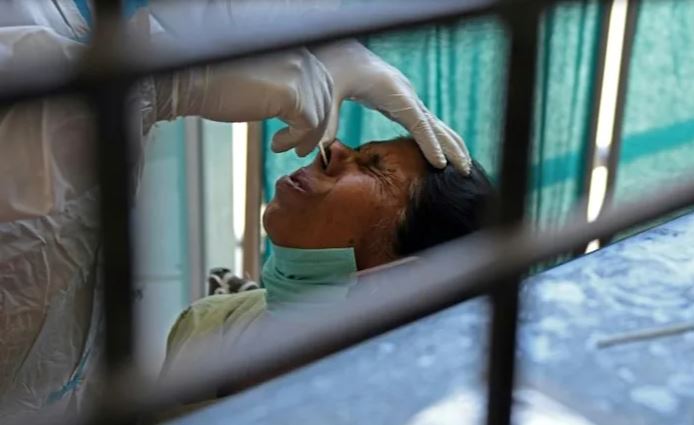 The United States will “immediately” make supplies of vaccine-production material, as well as therapeutics, tests, ventilators and protective equipment available to India as the South Asian giant faces a Covid-19 surge, the White House said Sunday.

Western nations including Britain, France and Germany have also pledged help as India’s coronavirus crisis grows, driving increases in global case numbers in recent days even as the number of vaccines administered globally surpasses the one billion mark.

Worst-hit in the country of 1.3 billion people was the capital New Delhi, with reports of overwhelmed hospitals, severe oxygen and medicine shortages and patients’ families pleading for help on social media.

“The United States has identified sources of specific raw material urgently required for Indian manufacture of the Covishield vaccine that will immediately be made available for India,” a White House statement said.

But it did not mention whether the US would send millions of surplus AstraZeneca vaccine doses to India, after top US pandemic adviser Anthony Fauci said Sunday that would be considered.

The United States has around 30 million doses of the low-cost AstraZeneca vaccine that are not approved for use in the country, and Fauci told ABC’s “This Week” news program the idea of sending them to India will be “something that is up for active consideration.”

The AstraZeneca vaccine, along with the single-shot Johnson & Johnson vaccine, is suspected of causing very rare but serious blood clots in a handful of cases, but is approved for use in many countries including India.

Experts have long warned that no one will be safe from Covid-19 until everyone is — including those in the developing world, making it in the global interest for wealthier countries eager to move past the pandemic to help large, lower-income nations like India to vaccinate their populations.

The grim scenes out of India had fuelled a backlash against the United States, with celebrities, activists and experts calling for Washington to do more — including to lift an export ban on the raw materials that would allow India to make its own vaccine.

Among the international chorus was writer Salman Rushdie, who in a tweet addressed to US President Joe Biden said “the US has something like a vaccine glut. India is in dire straits. Please overturn this export ban ASAP.”

Horne said that the US is “pursuing options to provide oxygen generation and related supplies on an urgent basis,” and that it is funding a “substantial expansion” of Indian vaccine manufacturer BioE, enabling it to “ramp up to produce at least 1 billion doses of COVID-19 vaccines by the end of 2022.”

It will also deploy experts from the Centers for Disease Control and Prevention (CDC) and USAID to work with the Indian government, and help fast-track the mobilization of emergency resources available to India through the Global Fund.