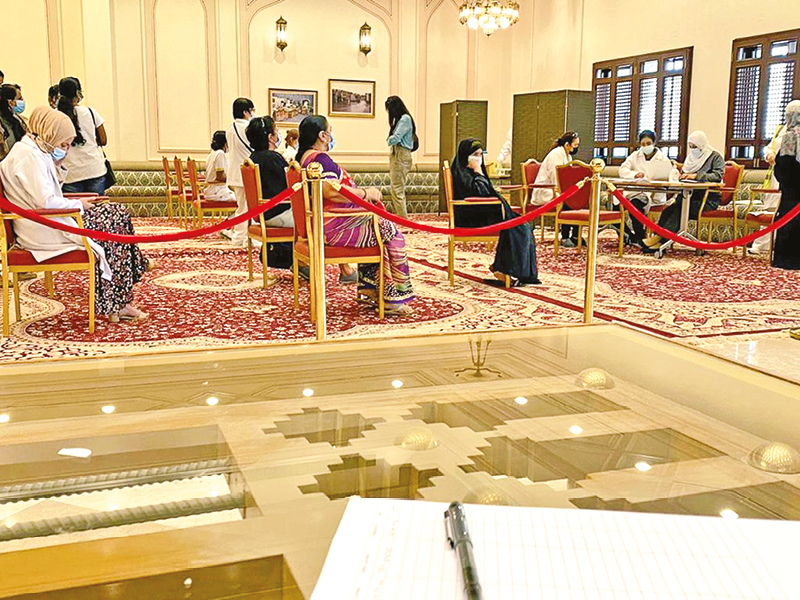 The Ministry of Health (MoH) has denied reports circulating on social media that vaccinations are available to all, clarifying that the shots are limited to target groups and individuals who are 60 years and older.

‘Vaccination for other age groups will be announced in the future. Those who are younger than 60 years are requested not to go to the immunisation centres,’ the MoH stated.

‘Those eligible for the second dose only will be contacted to take the vaccine by the MoH,’ a statement said.

Additionally, in cooperation with the Directorate General of Scouts and Guides at the Ministry of Education, MoH has launched a health education initiative to encourage the target groups to get immunised against COVID-19 in the governorates of Dhofar, Al Wusta and North Sharqiyah.

On an inspection visit to Dhofar on Monday, H E Dr Ahmed al Sa’eedi, Minster of Health, stated that more than 3,170 doses of vaccines are available in Dhofar. “Vaccines are in abundance, but unfortunately they are being shunned by those who need these the most due to rumours spreading via social media,” the minister said, informing that the turnout for vaccination is the least in Dhofar among all governorates.

Meanwhile, MoH reported 1,263 new cases on Tuesday, taking the total number of cases to 182,693. Nineteen more deaths were reported, now accounting for 1,909 total deaths. According to an MoH statement, 92 individuals were hospitalised in the last 24 hours, accounting for 805 inpatients, including 263 in intensive care. The recovery rate now stands at 89 per cent.