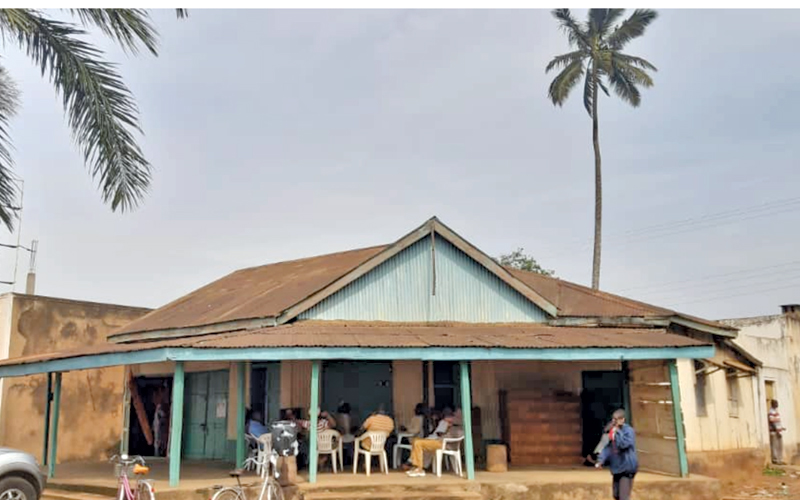 What’s common between ‘Beit al Foqi’, an old dwelling in Iganga district in Uganda (locally known as the house of arabs), and Bait al Oud, in Seh al Afiya, in Ibra district of Oman?

Both, Beit al Foqi and Bait al Oud, were owned by Mohamed bin Rashed al Sinawi, an Omani hailing from Ibra. The Seh al Afiya village is located near the famous Masjid Dhu al Qiblatain (Mosque with two qiblas) – one qibla pointing towards Masjid al  Aqsa and the other pointing towards Mecca – which eventually became an iconic logo of Wilayat Ibra.

A kind, hardworking, helpful and respected citizen, Sinawi had farms and livestock in days gone by when villagers lived together with a spirit of togetherness and cooperation. He, however, decided to go to Uganda in east Africa, to join his relative Ammar bin Moreshid who had been living there since 1870.

Like other travelers he travelled by dhow from Oman to the east African coast and then travelled a distance of over 1200km from Mombasa on foot, crossing dangerous swampy landscapes and thickets ridden with wildlife and insects, seeking business opportunities when he arrived in Uganda in 1885.

Sinawi got married and settled in Uganda with his family comprising 28 children (9 sons and 19 daughters). His reputation and kindness  had spread far and wide in Kenya, Congo, Rwanda, Burundi, Tanzania, Zanzibar and Oman.

Trading in hides and skins and cash crops, he also expanded his business by trading in Omani dishdashas (locally known as kanzu) which was initially adopted as clothing in Buganda in 1844 after Ahmed bin Ibrahim al Amriintroduced Islam to the King of Buganda (Kabaka). He also imported and traded in Omani Wizra (locally known as bikoyi) and Omani medicines and spices.

He later also took up a construction business and built a number of houses during his time. One of these was Beit al Foqi – once a landmark and a focal point for Omanis, Arabs and foreigners travelling to the African continent from the east coast. It was a place for locals to meet and socialise with other Arabs and foreign visitors.

The house was surrounded by many fruit trees – coconut, pomegranate,  jackfruit, zambarawo, soursop (mustafelli), and mangoes – besides shrubs of different spices.

Sinawi, nevertheless, maintained his links with his village in Ibra where he owned Bait al Oud – the biggest house in the village then built with stones and locally made cement. In those days, houses at Seh al Afiya were built with thick mud walls with doors and roofs made of date palm wood and  timber. The ruins of this old house can still be seen in the heart of the Seh al Afiya.

There also was a Quranic school and some shops, besides an old majlis for the visitors and villagers to meet. It was later replaced by a modern, well-built majlis with modern facilities to cater to all types of functions.

Sinawi was my grandfather and this house was renovated in 1918, replacing the one built before 1900.

The iron sheet house is over 110 years and looks unique, probably the oldest house in that area, and in Uganda. It was built with heavy, old fashioned, 24-gauge corrugated iron sheets, (26 inches width by 108 inches length) and fixed with cap nails. The timber used was extracted from the milicia axcelsa tree, locally known as Mvule.

The old fashioned structural techniques used makes this house unique and a landmark in the area. It is old fashioned, yet eye catching. And activities around this area are endless, with Omanis constantly socialising over Arabic coffee. A coconut tree in the courtyard is probably the tallest and oldest surviving tree in the area, grown before the 1950s.

The house has a verandah and two big guest bedrooms for visitors. Public toilets were at the back of the courtyard. There are stories that some guests used to arrive after midnight and always find food and a place to sleep, and could stay for as long as they wished. While the verandah had multiple uses, including hosting meetings and celebrations, the guests cold keep their belongings safely in the guest rooms.

During Eid celebrations, many Omanis and the locals used to come with their families and celebrate together with sweet mashed rice and meat, locally known as ‘bokoboko’. This trend is still maintained.