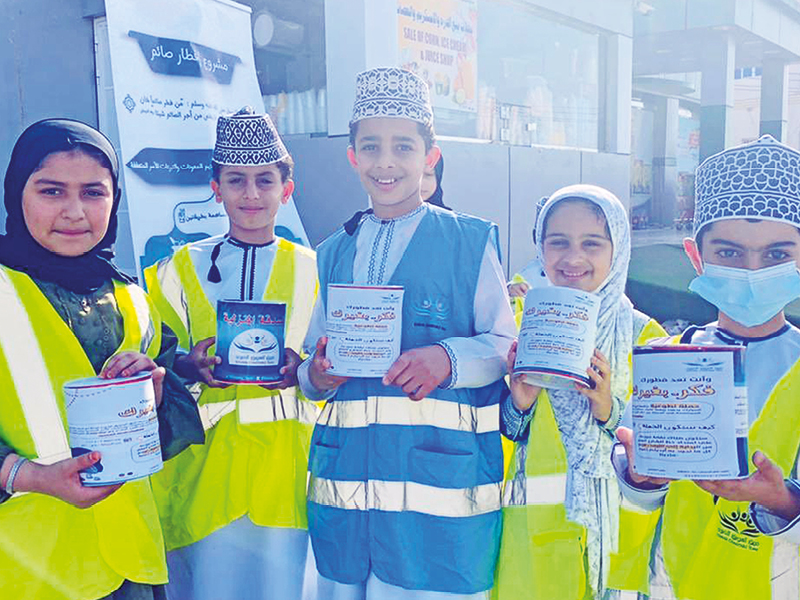 Suwaiq Charitable Team has launched a campaign to support needy families aptly called ‘Have you thought about those in need when preparing the iftar table in Ramadan’.

As part of its ongoing commitment to achieve social solidarity and spread love, the team of charity workers collected more than RO15,000 in three hours to help needy families.

Speaking to Muscat Daily, Saeed al Badai, head of Suwaiq Charitable Team, said, “We operate under the umbrella of the Committee for Social Development in the Ministry of Social Development in Suwaiq. We launched the campaign on April 9 for only three hours, from 4pm to 7pm. The team sent volunteers of different age groups to 25 locations throughout Suwaiq to collect financial and food donations.”

The volunteers included children and the team collected 34 food baskets, 20 sacks of flour, 2,220kg of dates and seven cartons of water, besides the monetary donations, which will be distributed among 500 needy families during Ramadan.

“We also sponsor orphans and pay their house rent, electricity and water bills, and look after their nutritional needs. This year’s campaign aims to reduce the suffering of some families, including Omani employees who have been laid off. The team will continue its charity work throughout the month and distribute gifts on Eid al Fitr,” Badai said.

In its efforts to help improve living standards of social security families and orphans, the team restored ten houses at a cost of RO10,535 and supported 49 children with RO10,050.

“We have received support from many people and want to cooperate with other volunteers and communities in Suwaiq to help needy families. We thank all the individuals and companies that have supported us.”