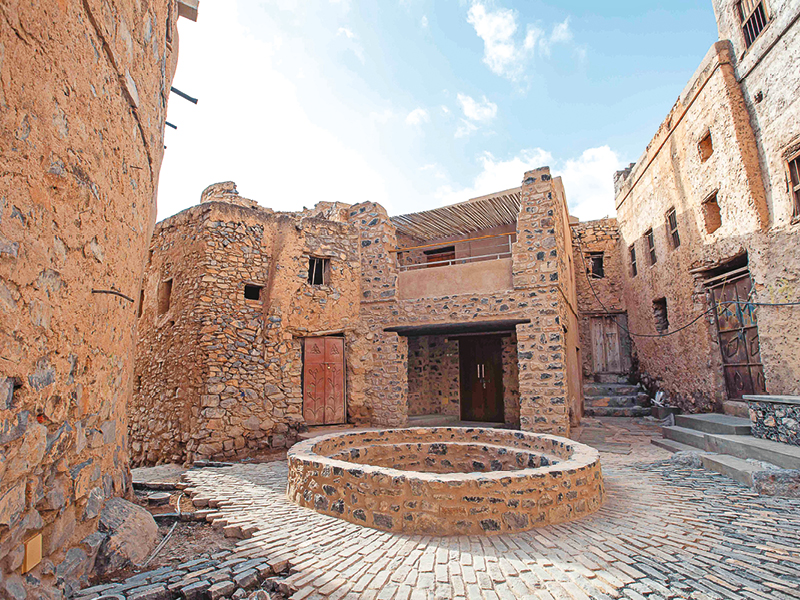 The sultanate is celebrating the World Heritage Day with the rest of the world today.

Oman has a number of monuments and historical sites that have been the focus of international praise. Some of them have been included in the list of tangible and intangible heritage of the United Nations Educational, Cultural and Scientific Organization (Unesco).

According to a statement from the Ministry of Heritage and Tourism, the sultanate offers an important model in caring for the heritage and preserving it to protect the cultural and historical identity of the people in a world that is changing rapidly.

The traditional houses in Oman are considered an important architectural heritage because of their unique and varied elements. Traditional buildings often differ from one region to another. The Ministry of Heritage and Tourism has been undertaking surveys and documenting heritage houses, with the aim of preserving them, and opening way for future architectural studies.

The ministry also launched a campaign for the maintenance and reconstruction work of the Al Owainah Mosque in the wilayat of Wadi Bani Khalid in North Sharqiyah governorate. The mosque is distinguished and known for its engraved heritage niches. The ministry also transferred the mosque’s mihrab, with all its components, through a complex and delicate process to be displayed at the National Museum.

Among the most important achievements in the recent past has been the discovery of the Aqeer al Shomous site in the wilayat of Yanqul, which is the first archaeological site associated with mining and producing soapstone in Oman and the wider Arabian Gulf.

The archaeological surveys carried out by the ministry, in cooperation with the Polish University of Warsaw, revealed three important archaeological sites in Qumayrah area in the wilayat of Dhank, whose history extends from the Neolithic period to the Islamic era.

MoC with PDO to save geo-heritage sites The ministry signed a Memorandum of Collaboration (MoC) with Petroleum Development Oman in January this year to protect and conserve several geological heritage sites in Oman.

The MoC aims to ensure the sustainability of these sites, which are considered important national heritage locations, and tourist destinations of global scientific significance.

The memorandum aims to establish a mechanism to rehabilitate some important Omani geo-heritage sites to protect and preserve them and to promote them as tourist destinations that highlight the diversity of Oman’s rich geo-heritage.

The areas of collaboration also include providing scientific and technical support to protect endangered geological sites, as well as preparing files for geo parks in the sultanate and identifying them to register one or two sites subsequently in the List of Unesco Global Geoparks (UGGps).