Soul in the bowl 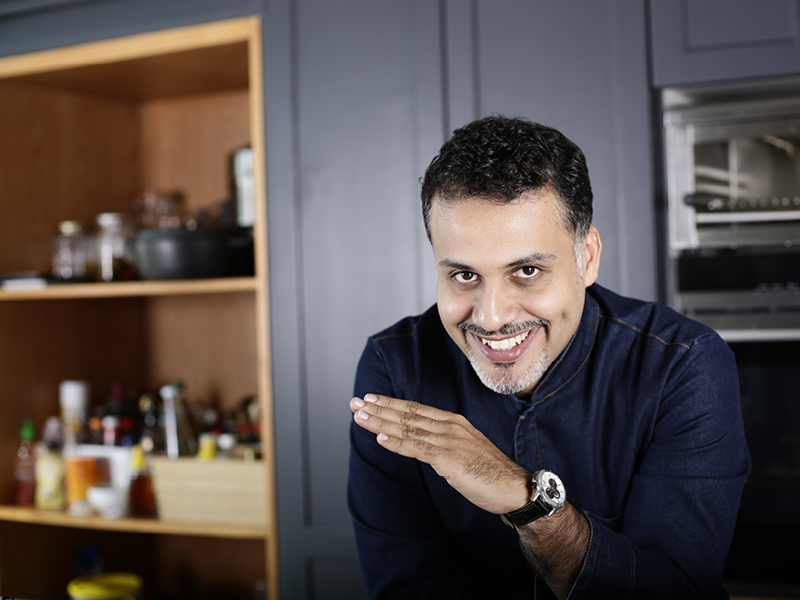 He used to be a successful banker in Saudi Arabia but when he moved to the UK he had an extreme change of heart. Now he is a chef, runs several successful restaurants and since the beginning of the pandemic, his consultancy business has exploded. World famous Saudi Arabian chef, Faisal al Deleigan currently consults for restaurants and businesses across the entire GCC region, creating spectacular dining experiences. In a tete-a-tete with Muscat Daily, Chef Faisal reveals the heart and soul of his flair for fine dining and creates a special Ramadan menu for Muscat Daily readers.

How did the change of heart happen – from Banking to cuisine?

I always loved cooking but as I felt unfulfilled and creatively underwhelmed even while having a well paying job in finance. I had to take the decision of changing my life plans. At one point, I found myself feeling happier in the kitchen, preparing something to eat after work. I decided, I wanted to open my own restaurant. So I enrolled myself into cooking courses and finally into culinary school to have proper preparation. I always felt my way of thinking was different than other chefs around me which I have used to my advantage. I also paid more attention to numbers because of my experience in finance and, therefore, also had the opportunity of opening a consulting company for restaurants, where my love for numbers and cooking have collided and given me the success I am currently having.

When conjuring up a menu, what factors primely come to play in your mind?

First I research about my target market (who the audience is), I try to think what will be most appealing to them and what will set the menu apart from the competitors. Creating options that will be of interest to them, regarding their age group, the occasion they want the menu for, where the menu will be served, and how much can they pay for the menu. In the end, the customer has to feel fully satisfied with not only the taste of the dishes but also it being picture friendly with the presentation, so that it stands out from other dishes.

What, according to you, are the typical choices of diners in the middle east, especially Arabs?

I think, in general, most younger generation Arabs are willing to experiment with their dishes. They are more open to modern choices and a variety of new foreign dishes or fusion cuisine. However, the older generation, in general, seek more traditional dishes and are not so open to change.

Is there one dish you dream about creating in the future?

I can’t think of just one dish I would like to create. I’m constantly thinking of new recipes and approaches. My biggest dream and challenge is to make menus that have all healthy dish choices and ingredients, and are also more appealing and tastier for the consumers. Without affecting the taste and dish experience of what would usually be unhealthy food.

You believe, that recipes lack soul, which must be brought in by the chef in command. How do you create soul for any dish?

Dishes should also transmit a message. Choosing the right ingredients and using the proper cooking technique for each ingredient will give it its specific aroma, flavour, colour and texture, all of which gives a dish its soul.

Arab cuisine is not really meant for ‘fine dining’. Do you think there is need to redefine the concept for this part of the world?

Redefining ‘fine dining’, according to a culture, sounds like a great idea. The standards of one regional food cannot be met by another region. But cuisines – like my personal favourite ‘Fusion Cuisine’ – can mix the best of every world and make efforts to bring together the Western world and Arab/Asian cuisine, to elevate a very traditional dish to the standards of fine dining.

Have you tried your hands at Omani cuisine?

Not much. I’ve only had the opportunity of trying ‘Shuwa’ and Omani halwa. I think both are very delicious.

For Ramadan 2021, do you have any specific plans?

My personal plan is to share several creative recipes on social media, so that people get a chance to recreate them at home and try something new for this Ramadan with their families.