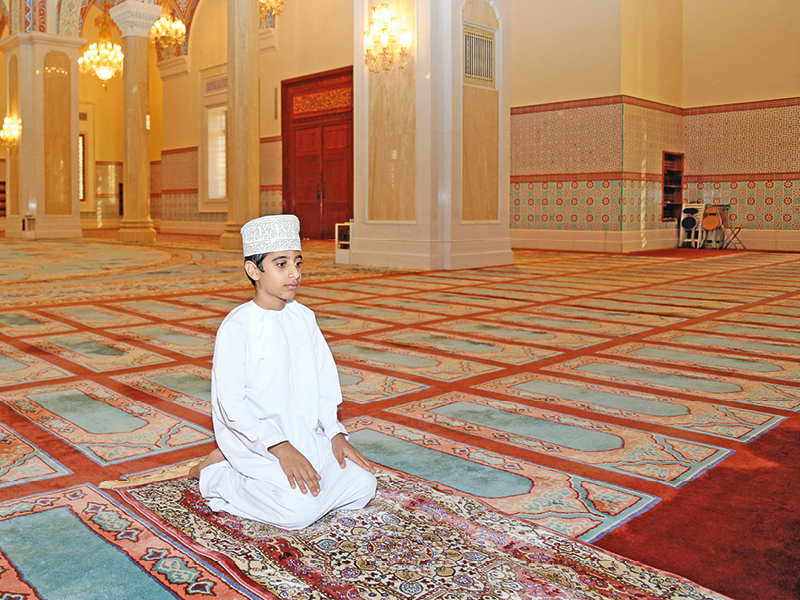 “During Ramadan, the weather isn’t expected to be too hot. However, the hours will be long – averaging 14 hours throughout the month. According to the climate data for this period, the (average) temperature ranges between 35 to 41°C,” Abdulwahab al Busaidi, head of observatory at Oman Astronomical Society, told Muscat Daily.

Busaidi urged people to take good care of their health by drinking plenty of water and eating hydrating foods during Ramadan. “High temperatures can also make you perspire more, so it is important to drink fluids to replace what you lose during the day. People also need to stay healthy by doing some light exercise before iftar,” he said.

“There is debate over the merits and demerits of exercise while fasting but take it from my own experience, I have been doing some light exercise – like walking – before iftar for the past15 years and it has helped a lot. I feel energetic and the health experts I have consulted advised me to continue doing the same,” Busaidi added.

While extolling the many benefits of fasting, including boosting immunity, Dr Sulaiman al Shereiqi, senior specialist in public health at the Ministry of Heath, said individuals with chronic diseases who are on medication must consult their doctor and discuss their fitness for fasting.

“The doctor is likely to make adjustments to existing medication. People with diabetes who opt to fast need to keep some sweet items handy and must not hesitate to consume it if there’s evidence of hypoglycemia (low blood sugar),” he added.

Dr Shereiqi informed that for most people, fasting is safe as long as they take care to remain hydrated. “This can be achieved by drinking sufficient water at night and avoiding exercise outdoor just before iftar which increases risk of dehydration. This could be replaced with indoor flexibility exercises and any other sort of physical activity after iftar.

“During the day, we need to avoid being in hot and humid places as it increases loss of body fluids. Ramadan diet is not different from what we should have all year. We still need to consume a total of eight servings of fruits and vegetables and consume less sugar and sugary beverages.”

Dr Shereiqi said those who fast can still have three meals – a light meal at iftar, comprising more fluids and a balanced amount of carbohydrates. “The second meal could be three hours later and considered the main meal. Suhoor should also be a light meal rich in complex carbohydrates, protein and fibres after having ensured proper hydration of the body,” he added.

Movement ban from 9pm to 4am

For the second successive year, Muslims will observe Ramadan in the midst of the pandemic. The spread of COVID-19 has impacted much of the world’s population including Oman, with governments imposing lockdowns and strict measures to curb the spread of the virus.

The ban on the movement of people and vehicles at night will resume on Wednesday, while the closure of commercial activities will also continue during Ramadan from 9pm to 4am. The Supreme Committee tasked with tackling the impact of COVID-19 had allowed movement of individuals and vehicles in all governorates of the sultanate from 8pm to 5am, starting Thursday, April 8 (Shaaban 25, 1442 AH) till the morning of the first day of Ramadan.

The Supreme Committee has also announced a ban on all kinds of gatherings, including iftar in mosques, tents or any other public area. Additionally, there will be no Taraweh prayers.

A ban on all group activities – social, sports and cultural – is also in place during Ramadan.