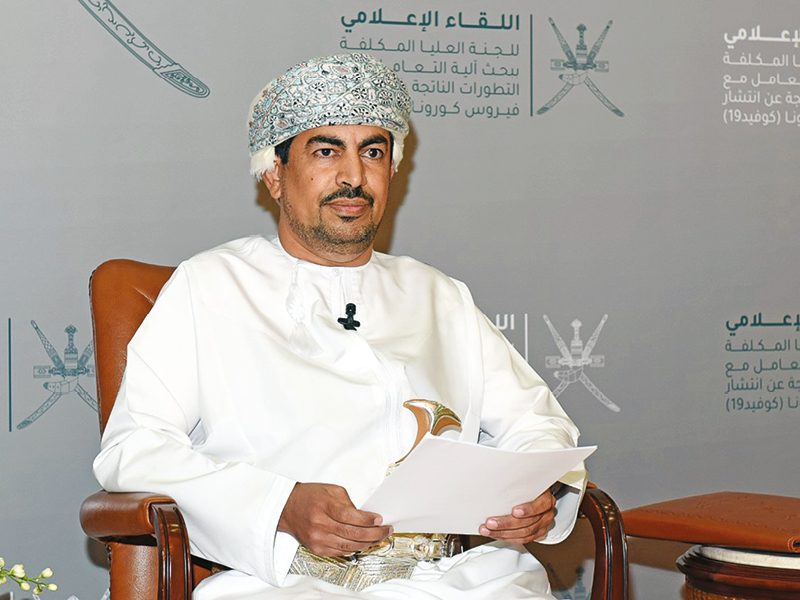 The measures taken by the Supreme Committee were carried out as a result of much deliberated upon plans by specialists of various sectors and were similar to restrictions imposed around the world to limit the spread of the virus and deal with its effects, according to H E Dr Abdullah bin Nasser al Harrasi, Minister of Information and Member of the Supreme Committee.

“We are currently in one of the most difficult periods of the pandemic despite the efforts of various authorities, mainly the Ministry of Health and the health institutions in the sultanate.

“The government will continue to take necessary measures to protect society. The Ministry of Health has announced the National Strategy for Immunisation Against COVID-19, which aims to vaccinate 3.2mn people in two phases, the first ending in June and the second in December.”

Describing the current spike in infections, hospitalisations and intensive care admissions as a ‘dangerous escalation’, H E Harrasi said, “In addition to this, what breaks our hearts is the increase in the number of deaths.”

He said the laxity in adhering to the controls put in place was  ‘regrettable’. “No effort can succeed without having the commitment of everyone,” H E Harrasi reiterated.