Mosque iftars are a thing of the past 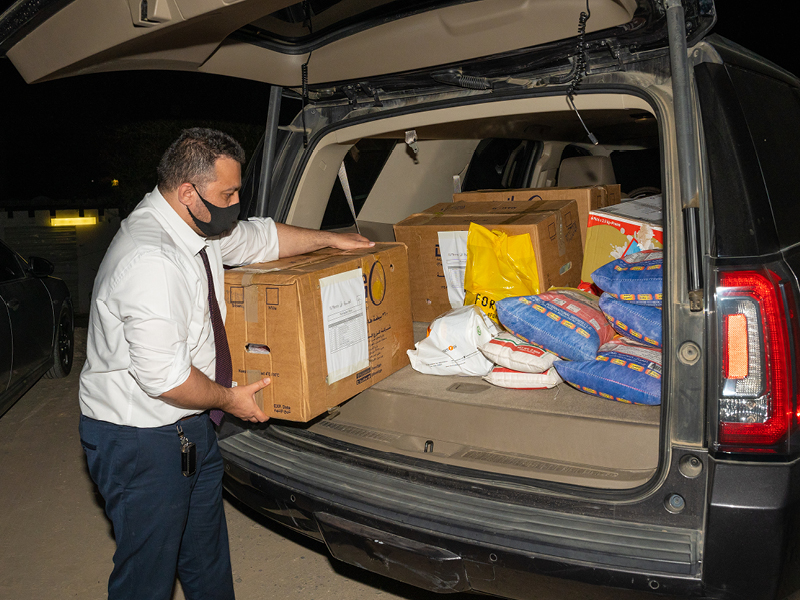 Iftars held at mosques were a common sight during Ramadan in Oman but due to COVID-19 restrictions, these community events couldn’t be organised last year. Mosque iftars played a vital role, especially for bachelors and low-wage earners.

This year too, those who relied on charity to break fast will be denied that meal served at mosques owing to the precautionary measures and social distancing guidelines in place.

To this end, a few individuals and community clubs in Muscat are working to provide an alternative to the iftar meals which were offered by most mosques during Ramadan.

Some mosques even laid out iftar in their women’s section, while a few allowed families to sit together and break fast. Additionally, it was not uncommon to find non-fasting non-Muslims partaking in these iftars with fasting Muslims.

Muhammad Munir, acting chairman of Pakistan Social Club, used to arrange iftar meals in makeshift tents near Sablat Muttrah in Muttrah, offering food to 800 people a day. “Due to COVID-19 restrictions, we could not arrange iftars last year. This year, we will deliver provision kits or hot meals for iftar and suhoor,” Munir informed.

As a substitute to its community iftar, the city’s Hyderabad community distributed ration packs to the needy last year.

“This year, too, we will distribute food provisions to needy families to alleviate the hardships they are facing due to the pandemic,” said Suhail Khan, head of the Hyderabadi community’s iftar organising committee.

For many years prior to 2020, the Hyderabadi community – under the Deccani Wing of Indian Social Club- hosted one of the largest iftars at Ruwi Clock Tower.

For Pakistani expat Shaandar Bukhari, the pandemic was an opportunity to give back to society during last year’s lockdown, and he will continue his charity work this Ramadan.

Providing an alternative to mosque iftars, a Ruwi-based Indian expatriate has being providing meals to supermarket workers since the last three years. Over the years he had observed that supermarket staff were given a short break of 30 minutes to finish their prayers and iftar.

“Some times, they reached mosques after iftar time and wouldn’t get any food. That’s when we started providing iftar meals for around ten people at our home. They could come at their convenience and break fast, pray and leave. Last year was even tougher for them; so we decided to deliver hot meal parcels to them at the supermarket itself,” the Indian expat said.

He is preparing to do the same this year.

According to Ameer Kavanur, secretary of the centre, the situation was particularly difficult for low-wage earners and bachelors.

“They did not have money to buy food, so we decided to deliver cooked meals to affected bachelors,” he said.

Bukhari claims having 200 families on his charity list, including nationals of Bangladesh, Sri Lanka and Indians, besides Pakistan. “The list grows when we start distributing food provisions. When we deliver the packs, neighbours of those receiving these approach us and we include them too.”

The Deccani Wing of Indian Social club is planning to help around 200 families with food baskets this Ramadan. “We will focus on families who are facing hardships due to the slowdown in economy and the pandemic. We will distribute provision kits not only to the Indian community, but others too,” Khan said.

While the Pakistan Social Club hopes to help 1,000 families, KMCC is focusing on bachelors.

“This year, the situation is not as bad as last year but we will provide provision kits – instead of cooked meals – to around 250 bachelors,” Kavanur said.

Munir informed that he has started raising funds and “will be meeting the Pakistani ambassador to take it further”.

While conceding that arranging funds is a challenge, Khan is hopeful that the Deccani Wing will meet its target of helping 500 families this Ramadan. “Things are not easy like earlier.”

Bukhari currently lacks funds but he too is hopeful that when the word gets around, people will offer help.

“Besides funds, we need volunteers to coordinate with the needy families and deliver the provision kits. Last year, we coordinated with Deccani Wing not only in the distributing work but also in sharing resources.”

The Ruwi-based Indian expat is eager to have more individual families offer a convenient alternative to the mosque meals, especially for bachelors who do not have the luxury of extended iftar breaks during Ramadan.

“People should look around their neighbourhood and support four-five people working near their homes. Cook some extra food while they are cooking for themselves and distribute it.”