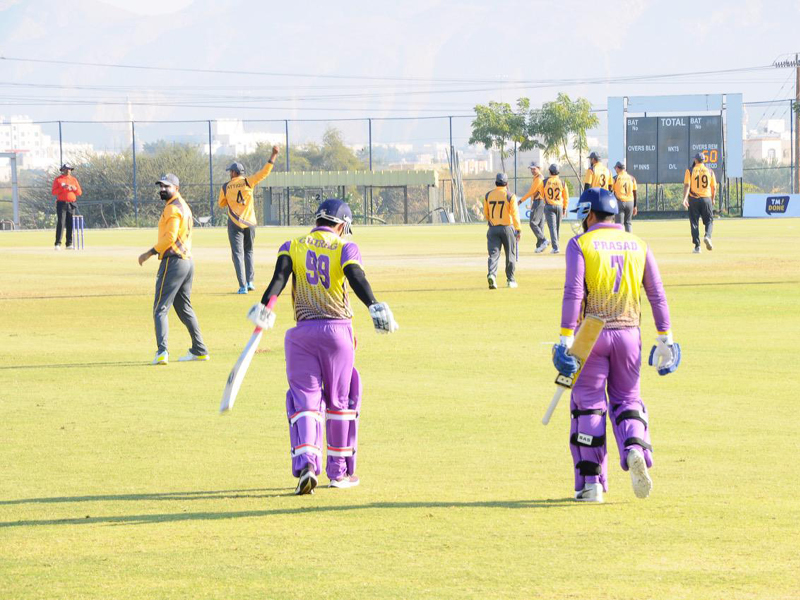 For most of the COVID-19 disrupted season, the eight teams fought intensely on the field to prove their superiority in the Oman Cricket (OC) A Division league.

After a close competition,  Arabian Region Travel and Tourism (ARTT) emerged winner in the A Division

(50-over-a-side) and, expectedly, the T20 league had been also moving towards an exciting conclusion before it had to be called off with three of the seven rounds remaining.

After four rounds, four teams – SARCO, ARTT, Zawawi Powertech and ACT – were at par with six points each and only net run-rate (NRR) differentiated the quartet with SARCO on top.

Following the recent instructions from the Supreme Committee in charge of dealing with COVID-19 to suspend all the sporting activities in the sultanate, OC decided to call off the 2020-21 domestic season.

Upset and disappointed over the cancellation, seven of the eight teams shot off an email letter to the OC seeking reversal of their decision to terminate the league midway.

The email sought OC to organise the remaining three rounds ahead of the start of the new season.

The teams hoped the OC would look into the matter postively and ensure a fair finish to the season with the next season likely to begin in September.

The email also informed the OC that the teams have invested heavily financially and that the cancellation have put the teams in an awkward position to face their sponsors. The teams requested the OC to refund the tournament fees of their T20 league.

Duleep Mendis, OC’s chief development officer, confirmed to Muscat Daily that OC had received an email from the teams asking for rescheduling of the remaining rounds and refunding of the tournament fees.

Mendis, who is also the national team chief coach, said, “Due to unavoidable circumstances, we were forced to call off the A Division T20 league with three rounds left.

“We are duty bound by the government instructions and with no clarity on when the suspension will be lifted, it was in the best interests of teams to call off the season.

The former Sri Lankan great added, “We reviewed the mail from the teams. We have said earlier also that OC is all in favour of the players’ welfare.

“We look into the interests of players and owners and this is why we have now decided to refund part of the A Division T20 league tournament fees on pro rata basis to the teams.

“It is a goodwill gesture from Oman Cricket. Even though, Oman Cricket is not compelled to refund the fees after the completion of 50-over-a-side league and 60 per cent of the T20 league, we are refunding part of the fees to them.”

Mendis made it clear that rescheduling of the A Division T20 league was an improbable task due to the uncertainity involved and added ‘our grounds are scheduled for maintenance during the summer break’.

Managers of the majority of A Division teams were upset at the approach of the OC in scheduling A Division games.

One of the team manager on anonymity said, “They could have done much better with our scheduling. There were days when grounds were under utilised. We get only 14 matches in a season (seven per format) and the league winner is promoted to the top-flight Premier Division. We have witnessed this season how the promoted teams struggle in the top-flight We need more games.

“A Division is a league that has potential players to play at the top. Each team invests heavily to take part in the league with an approx expense of RO 7,000-9,000 per season.”

Another team official said, “We are answerable to our sponsors who look for more matches and more coverage. All we wanted from OC this time was to have the remaining three rounds played ahead of the start of the new season.”

However, the OC reconfirmed on Monday that the league will stand cancelled and all they would do is to refund part of the tournament fees.

Most of the teams have welcomed the late decision to bring an end to the matter that appeared to pit the A division clubs against the OC.

“All is well that ends well,” remarked one of the team official, who had confirmed sending the mail and receiving the OC reply.